'To be silent is violent' 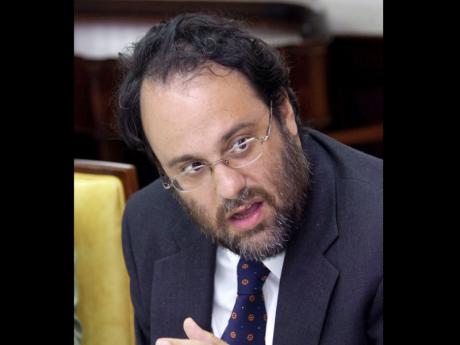 "The abuse of a child sexually is a crime that cuts to the heart of fathers, mothers and citizens across Jamaica. It is one of the most reprehensible crimes against a person's human rights for another person's personal gratification," stated Minister of Justice Mark Golding.

Speaking at the launch of a two-day workshop on 'Focusing on the Sexual Abuse of Children', held at the Altamont Court Hotel in St Andrew yesterday, Golding continued, "A child that enters this world defenceless, dependent and trusting should never be victimised and traumatised and in most cases by the very people that are responsible for their protection; yet this is the reality of too many of our nation's children."

The minister said it was important to sensitise the nation on the legislative framework in place in order to effect meaningful change in child justice.

Robert Fuderich, the Jamaica representative for the United Nations Children's Fund, emphasised that to be "silent is violent", hence each person should see it as their duty and responsibility to report child abuse.

For the period 2007 to 2011, the Office of the Children's Registry received a total of 25,023 reports of child abuse, ranging from physical, sexual and emotional abuse, neglect, trafficking and child labour.