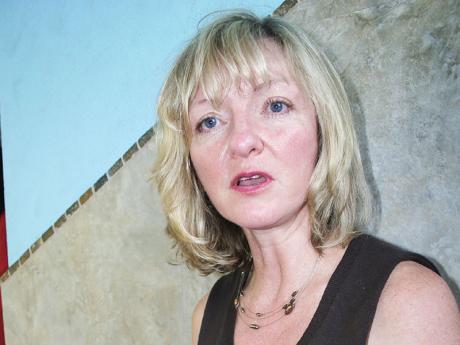 Dr Dini Miller, a specialist on indoor and structural pests, speaks about the threat of bedbugs emerging as a major health threat in the very near future. She noted that an intensive national project aimed at eliminating the threat is the best route, but warned against people becoming paranoid and irrational. - Photo by Christopher Serju

AMERICAN SCIENTIST Dr Dini Miller says Jamaica should be wary of a resurgence of bedbugs abroad. This, especially, as an informal survey of local pest control experts indicate that 40 per cent had come across the insect in recent times.

Bedbugs, which were very common in the United States and United Kingdom at the turn of the 20th century, were driven underground by homeowners and pest control operators coating everything with the insecticide DDT (dichlorodiphenyltrichloroethane), which would be banned in America because of its lasting impact on the environment. However, by the 1990s bedbugs were making a comeback in the United States, peaking around 2004 when the press picked it up, focusing primarily on the infestation of hotels.

In the meantime, the parasites were working their way back into individual homes and now established themselves in multi-unit facilities - apartments, shelters and group homes. The problem is that most people can't afford the time, effort and money to really track down and kill these bloodsuckers. The fact is that getting rid of them is very labour intensive which drives up the eradication cost and some people just can't be bothered, which is a bad thing.

Dr Miller explains: "Consequently, we're developing these reservoirs of bedbugs in these different multi-unit housing communities and people are going to work, kids are going to school and the bedbugs are going with them to all these places."

As the entomologist pointed out, with the exception of fumigation where the entire building is covered under a massive tent and fumigated for a set period of time, whatever other method is used - including chemical application and heat - will require finding every bedbug and the eggs and killing them. Killing means hitting each insect or egg individually. You can hit them with an insecticide but a hammer would be equally effective.

Reducing the spread of this pesky parasite requires alertness and caution. Advises Miller: