Backbenchers aim to save CDF 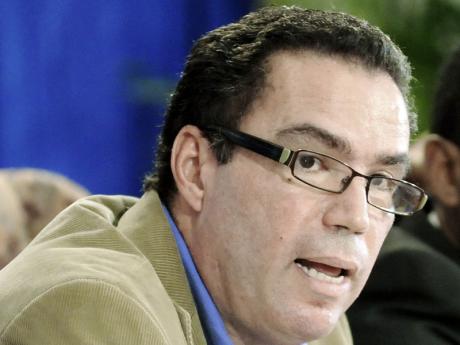 THE POSSIBILITY of forming a backbench alliance is being canvassed by members of the House of Representatives with a view to spare the Constituency Development Fund (CDF) from cuts.

The Estimates of Expenditure for the 2012-2013 fiscal year indicates that the Government is planning to spend $930 million for CDF projects. Divided equally among the 63 MPs, each constituency would benefit from $14.7 million.

If approved by Parliament, it would mean that CDF allocation is being cut from $20 million per constituency.

Opposition member Daryl Vaz, one proponent of the backbench alliance, told The Gleaner that the cut would reduce the effectiveness of MPs.

"Despite the harsh economic realities, I believe the reduction of $5 million per constituency is a sizeable cut and it will definitely cause dislocation to the activities and functions of the member of parliament in terms of being able to respond, especially in emergency situations," Vaz told The Gleaner.

The West Portland MP said he hoped that members on both sides would be able to lobby together and have the allocation return to $20 million.

"I heard mutterings after the estimates were tabled and the mutterings that I heard are coming heavily from both sides. There is going to be more that is going to be heard on this particular matter," Vaz said.

In the meantime, Fitz Jackson said there have been discussions among government backbenchers to see how the allocation can be improved.

"It is a matter that is going to be looked at by the minister of finance. It has not been outrightly rejected but it has been put on the table," Jackson said.

When the CDF was introduced in the 2008-2009 fiscal year, each MP was given $40 million to spend on projects in their constituency.

Jackson said Finance Minister Dr Peter Phillips had indicated that the CDF should not be seen as a stand-alone but in conjunction with other programmes such as the Jamaica Emergency Employment Programme.

"It is a reduction that no one welcomes, but the discussions are in line with looking at it in the context of all other programmes available to MPs in their constituencies," Jackson said.