Don't be quick to say goodbye to Privy Council - Holness 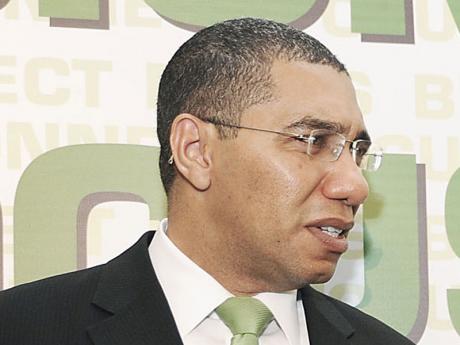 OPPOSITION LEADER Andrew Holness on Thursday said his team would not be rushing to join with the Government in abolishing appeals to the Judicial Committee of the Privy Council.

Governor General Sir Patrick Allen announced that the Government would be seeking to pass this year, a bill intended to make the Caribbean Court of Justice (CCJ) Jamaica's final court of appeal.

But Holness said the Opposition would not take a position on the issue just yet.

"We will have to examine in detail and engage in significant discussion," Holness said.

He added: "A society is a complex system of laws and any change in that system must be thoroughly examined, debated and articulated in the public domain. That must be undertaken before we do anything at all."

The Jamaica Labour Party, which Holness leads, has shied away from making the CCJ Jamaica's final court of appeal.

In December 2010, following extensive internal review, then Prime Minister Bruce Golding said it may be in Jamaica's interest to have the final court of appeal located here.

"We have to dispense with the Privy Council," Golding said.

He added that his government was "not yet satisfied that in doing so (dispensing with the Privy Council) we must take out a final court which is an external entity over which we do not have control as a state to replace it with something else whose existence and continued existence is not even within our gift."