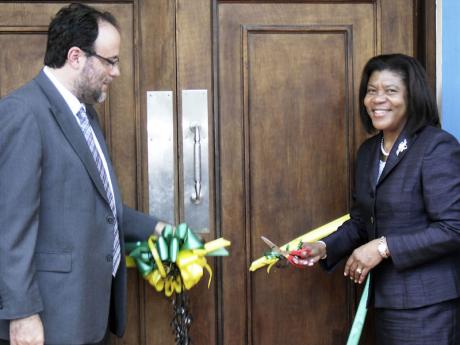 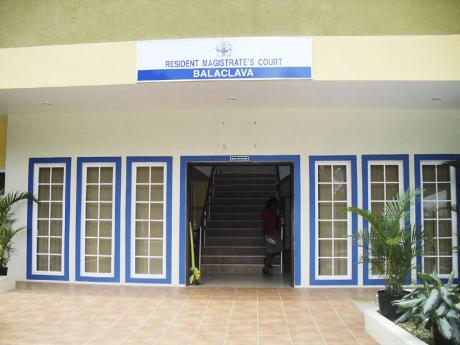 BALACLAVA, St Elizabeth:THE BALACLAVA Courthouse has finally been opened. Valued at $60.4 million, construction of the courthouse was completed in March 2010 but it remained vacant. Minister of Justice Mark Golding disclosed that since his assumption of office, he has been perplexed by the unnecessarily long time the building was unoccupied. It was built to replace the previous building and is expected to lessen the backlog of cases at the other courts in the parish.

Golding has committed to ensuring that the facilities will be efficiently used given the tight fiscal conditions. "I think we really need to make sure how best we can use it because we are not in a position to waste the resources," the minister said. This was endorsed by both Mayor Everton Fisher as well as Chief Justice Zaila McCalla, who highlighted the importance of using the courthouse optimally.

Golding said the opening of the courthouse was a symbol of the Government's commitment to improving the justice system. "The presence of a courthouse is more than just a building," he said. "It is an embodiment that the rule of law is a presiding principle in our society."

In addressing the issue of justice reform, Golding said it should not be limited to infrastructure where large capital outlays are required, but should involve a framework that addresses issues through legislation, organisation, and a cultural shift.

The amendment of several bills was listed by Golding as priority areas. One such is the Committal Proceedings Bill, which proposes to bypass the preliminary enquiries of some cases, which is time and resource consuming, in favour of committal proceedings, "that is a more document-based than libellous-based proceedings that will bring some improvement to the system", the minister explained.

He also contended that amendments to the Evidence Act would remove some inefficiency from the justice system and facilitate the inclusion of video recording for children who have been sexually abused, or live video link from the victims of lottery scamming.

Campaign finance reform, constitutional reform, a modern arbitration framework, amendment to the Defamation Act, extending the civil jurisdiction of the Resident Magistrate's Court, and allocating small criminal cases to lay magistrates are other areas that the justice minister identified for reform.