The lasting, positive impact of a teacher 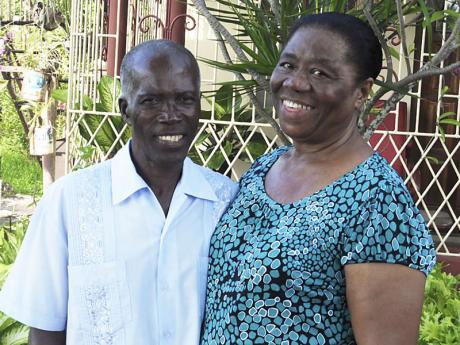 OLD HABOUR, St Catherine:CATHERINE GORDON-BROWN and Shelvena Powell have two things in common: both are alumni of Old Harbour High School in St Catherine, and both have been profoundly and positively affected by their former teacher, Richard Folkes, a resident of Old Harbour Bay.

"He started helping me from Old Harbour High, but the greatest part of it was when I was in nursing school at Brown's Town Community College. Every month I usually got financial assistance from Mr Folkes because it was my mother alone. I didn't have a father; I had a sperm donor. Mr Folkes was like my father," said an appreciative Gordon-Brown, assistant coodinator, Patient Care Assistance Programme, at the University Hospital of the West Indies, as she reflected on Folkes' role in her life.

An indebted Powell, a teller at the National Commercial Bank (NCB) in Old Harbour, now pursuing her master's degree in human resource management at the Mona School of Business, said Folkes contributed to all aspects of her school life.

Like several other Old Harbour High past students who benefitted from Folkes' benevolence, Gordon-Brown and Powell recounted how he created several opportunities for them to pursue their dreams.

The soft-spoken 64-year-old Miconian, who taught at May Pen Secondary for 11 years, developed a penchant for assisting needy students who demonstrated strong academic potential early in his life. But it was while at Old Harbour High, where he spent 27 years, that he was propelled to extend a helping hand in several areas.

"There were so many of them who needed help, and so I started helping financially with books, lunch money, and repairing their shoes. So I used to buy like glue and tacks, brush and polish, and so I would help students and even teachers, too, in repairing their shoes," Folkes, who was born in Brown's Hall, St Catherine, explained to The Gleaner.

Though he retired in 2007, he still has strong linkages with Old Harbour High as one of the houses at the institution has been named in honour of him and his wife, a justice of the peace.

"That house is 'Murich', coined from 'Murelda' and 'Richard'," he explained. "Sports day at Old Harbour High is a very big day for my wife and I. We would provide lunch for all the athletes and teachers in Murich. We provide the gear, outfits for cheerleading. They make the budget and we fund it," said the father of two sons with a feeling of fulfillment.

Folkes, a member of the Old Harbour Bay Fisherfolk Council, was instrumental in the 2009 initiation of the Jamaican Foundation for Lifelong Learning classes at Old Harbour Bay Primary School, where he volunteers his services.

"I find great satisfaction in trying to help people," he said with a gratifying smile.