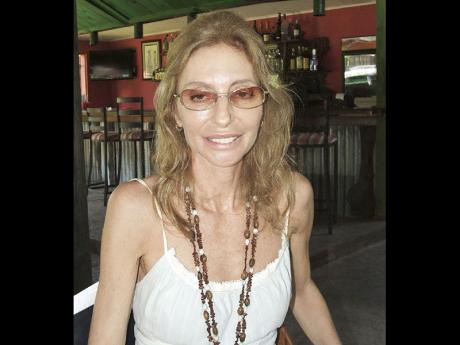 ST ANN'S BAY, St Ann:NO, THERE won't be the likes of stars such as Alessandro Del Piero or Francesco Totti, or even Mario Balotelli, but there will definitely be some Italian help coming for a football camp this summer in St Ann's Bay, St Ann.

Following several successful initiatives to assist the youth in the St Ann's Bay area of the parish, Gina Tulloch-Adam's THREAD Foun-dation is spearheading another community effort to benefit the youth, this time in the form of a football camp.

Tulloch-Adams has once again enlisted the help of Ludo Rappaport, who has been instrumental in the operations of the foundation thus far.

"I have T-shirts coming from Italy for the tournament. All my friends in Italy got together and made the T-shirts and they are going to send the footballs, like the original footballs that they use in tournaments in Italy," she added.

The fact that the jerseys and balls will be coming straight from four-time FIFA World Cup champions, Italy, should mean a lot and should go a far way in influencing the youngsters - Italian fans or not.

Rappaport said she has also spoken to the St Ann Football Association, which has promised to assist with the camp, which she believes is targeting a vulnerable age group.

"It is for children between 13 and 19. It's actually the age group where they can go right or they can go wrong because if they are not involved in good projects, they can go on the streets and be involved in bad stuff. That's why I decided to use that age group," she explained.

But the idea stretches beyond just football.

"My idea is to get them involved, to clean the field, and then to arrange a tournament and a cultural evening, too, because I would like them to learn something they can use in the future.

"I just want them to be more proud of who they are and where they live and start to appreciate more because I see the young people here don't appreciate this beauty, and when it's trashed then it's over. I want to teach them to preserve what they have."

The venue to be used is the Jonas Reiner Club, located near Harbour Street in St Ann's Bay. A lot of work is required to bring the venue to a state of readiness for the camp, but Rappaport is confident that with support, THREAD will pull it off once again.