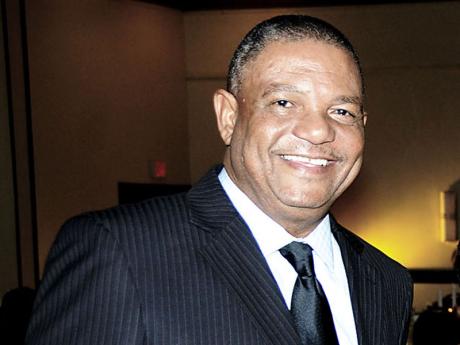 Licensed bookmakers will resume sales on local racing today following a meeting with Minister Without Portfolio in the Ministry of Finance, Planning and Public Service, Horace Dalley, at the ministry on Marescaux Road yesterday.

At an emergency meeting on May 2, eight bookmaking companies took a unanimous decision to cease sales on local racing from Caymanas Park as of Saturday, May 5.

This came on the heels of a directive from the Ministry of Finance to pay increased rights fees to Caymanas Track Limited (CTL) for the use of its programme, dividends and odds.

The bookmakers' protest also embraced the race meet on Wednesday, May 9, resulting in significant loss of revenue to the Government over the two days, and also to CTL who collected no right fees during that period.

Minister Dalley said discussions were frank at times, but the meeting was cordial for the most part.

"We established the fact that the Government of Jamaica is not in an adversarial relationship with bookmakers and we pledged to work together with all the stakeholders, including the bookmakers, to improve the racing product ... to make it profitable for all, so that Government can get more revenues," said Dalley.

He was quick to add that a meeting will be held in another two weeks to discuss all aspects of the racing industry with not only the stakeholders, but with the regulators and promoting company.

At yesterday's meeting, the parties agreed to find common ground on the rights fee issue by the end of the month when another meeting will take place.

Xavier Chin, chairman of the United Bookmakers Association and CEO of Track Price Plus, said:

"We will meet again to work out the details going forward. It will come down to all the issues that are pending....what rights fees we can afford, etc."Given this development, all bookmakers will resume sales of local racing on Saturday on the basis of the old rights fees of five cent," he disclosed.

Acting on the recommendation of the Muir Mediation Report commissioned by the previous government last year, the finance ministry directed bookmakers to pay increased CTL rights fees on local racing of six, seven and eight per cent for the years 2011, 2012 and 2013.

This irked the licensed bookmakers who claimed it was "unaffordable and not sustainable".

In so far as loss of revenues are concerned on the two racedays, the Government would have lost $1.3 million a day on last year's figures, while CTL, who earned a total of $96.7 in rights fees at five per cent from the bookmakers last year, would have lost an average of $500,000 for each of the two days.

In 2011, licensed bookmakers generated $1.9 billion in sales on local racing from which CTL received $96.7 in rights fees and the Government $111.7 million in gross profit tax at 16.5 per cent.