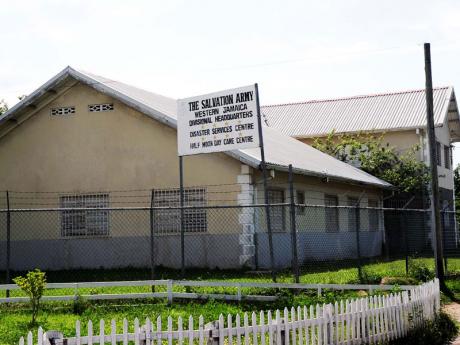 WESTERN BUREAU:The Salvation Army movement was founded in 1865 by Englishman William Booth and his wife Catherine as the East London Christian Mission.

The Salvation Army was modelled after the military with its own flag, colours, and its own hymns, often with words set to popular and folkloric tunes sung in pubs.

Booth and the other soldiers in 'God's Army' would wear uniforms for meetings and ministry work. He later became the 'General', and his other ministers were given appropriate ranks as 'officers'. Other members became 'soldiers'.

Catherine was known as the 'Mother of The Salvation Army'.

Booth preached to the poor, and Catherine spoke to the wealthy, gaining financial support for their work and describing the organisation's approach as the 'three-S' approach: "first, soup; second, soap; and finally, salvation."

In 1880, the Salvation Army started its work in three other countries: Australia, Ireland, and the United States.

Its work in the Caribbean was begun by Mother Agnes Foster and W. Raglan Phillips. Mother Agnes was a former slave who was taken from Jamaica to England with her mistress, and returned home after 40 years. Phillips was an Englishman who lived in Jamaica as a surveyor, printer, and publisher of the Westmoreland Telegraph.

While the two were converted to Salvationism at different times, both started their own missions - Mother Agnes in Kingston and Phillips in Bluefields, Westmoreland. Two years later, in 1887, they became official members of the Salvation Army.

In March 1888, Salvation Army reinforcements arrived from England. A year after its establishment in Jamaica, the Salvation Army marked its anniversary by asking General Booth for 50 more officers.

In early 1889, the organisation's building on Church Street in Kingston was sold and the troops disbanded. Troops in rural Jamaica continued to grow, particularly in Bluefields as the Salvation Army lists the Westmoreland community as its place of origin. Today, the organisation has churches in 17 Caribbean states.

The Salvation Army was the first church to accept women as 'soldiers' and leaders. It was also the first to give equality to women, so it is no surprise that Salvation Army founder General Booth was heard saying "my best men are women".

- Information taken from the Salvation Army's 2012 yearbook and The Gleaner's 'Pieces of the Past' feature.