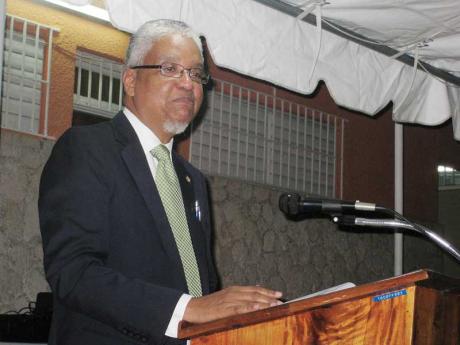 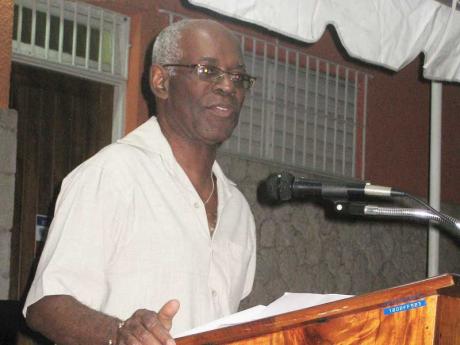 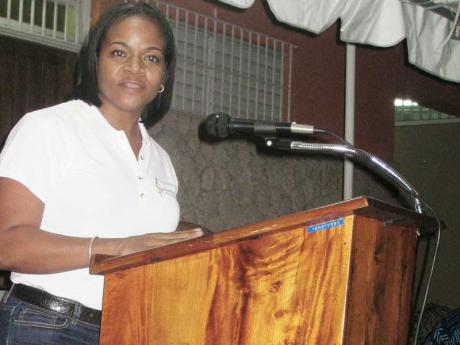 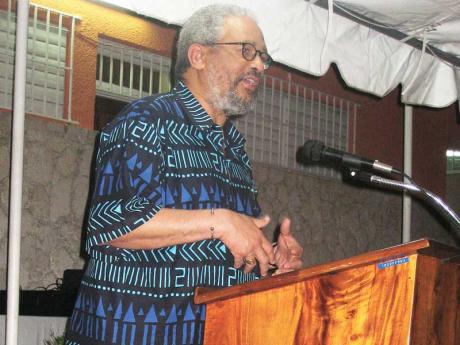 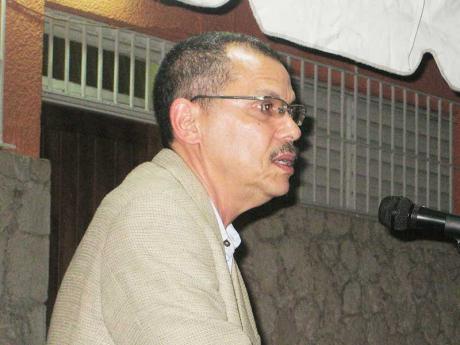 The Centre for Caribbean Thought did a double recently, officially launching two books in its Caribbean Reasonings series on the lawns of the Sir Arthur Lewis Institute of Social and Economic Studies, University of the West Indies (UWI), Mona. Naturally, the editors, Professor Anthony Bogues (The George Lamming Reader: The Aesthetics of Decolonisation) and Professor Brian Meeks (MG Smith: Social Theory and Anthropology in the Caribbean and Beyond) were on hand to explain the process of the two Ian Randle Publishers publications.

However, guest speaker, UWI Vice-Chancellor Professor E. Nigel Lewis put some natural science into the reasoning, as he asked, "Is there a place for the scientist in the Caribbean intellectual landscape?" Broaching the position that "we will never completely know who we are as a Caribbean people until we know what we are", he used C.P. Snow's May 1959 lecture at Cambridge, The Two Cultures and the Scientific Revolution, as a reference point. So, while literature and social sciences speak to who we are, it is the scientist who questions what we are.

Harris, speaking to differences in language and method, said, "If they were to communicate better, to share their languages, there may be some way across the moat."

He took this line of argument into the texts being launched, first The George Lamming Reader, where concern with language is recurrent. "Scientists probably have to start from the same imaginative principle of the writer," Harris said. M.G. Smith, Harris said, may be an example of someone who was able to bridge the gap - "to see both sides of the coin". He spoke to some of Smith's methods as "what we call the controlled experiment", also referring to Smith's Corporation Theory.

With both Lamming and Smith, Harris said, "I believe they have opened an intellectual space in which the sciences can enter."

Bogues described a process of consultation with Lamming over three summers, including his being given access to a lot of Lamming's papers. "We decided what should go in and not go in," Bogues said. Bogues said seeing how teachers could use the book became a primary preoccupation. As Lamming had interacted with a number of major Caribbean figures, such as Eric Williams, "It came to me that we had an opportunity to do a short biography of each of them."

So, in the end, The George Lamming Reader is positioned as a text for teaching.

Meeks gave a history of the Centre for Caribbean Thought, its publications and conferences, noting that the centre was started in a totally different context from what obtains today. Asking, "What is Caribbean thought?", Meeks said, "This brings us to M.G. Smith". He gave a brief history of Smith, also mentioning Corporation Theory, and emphasised the value the work and honoring Smith.

The launch was hosted by Professor Rupert Lewis, Christine Randle of Ian Randle Publishers speaking to the success of the Caribbean Reasonings series.