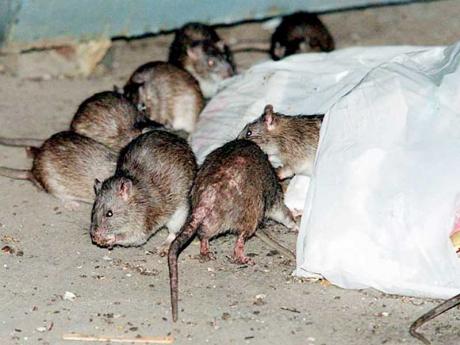 We, the Rats of this country, where we have been residing for centuries, perhaps even before the arrival of the Spaniards, British, Africans, East Indians, Chinese, and Lebanese, and whoever might have come after, are very upset with the Jamaican Government at its intended drive to eradicate us from Kingston and St Andrew. This, it would appear, is blatant discrimination against us, town Rats. This is coming on the heels of the strokes of luck that we have brought to Calabar.

We are not taking this ungrateful act lightly. We are not going to roll over and play dead. Yes, ungrateful because in return for ridding the city of the decomposing food that the National Solid Waste Management Authority cannot afford to dispose of, plans are afoot to bait us. Were it not for us, the stench in the city would have been much higher, so what is the problem? Leptus Pirosis? What's that anyway? Sounds like something that we get from eating stale food.

Now, in these harsh financial times, when poor people cannot find money to buy food, they are going to spend millions of dollars to exterminate us. Isn't that really headless? When will the Jamaican Government get its priorities right? Well, we are going to march on Gordon House to express our displeasure.

We need to send a message to those clueless orange and green men and women who have divided the Jamaican people, and who now see us as a threatening third party. Yes, the green ones too. They are in opposition, but not opposing the plan to bait us. But, they all need not be scared. We have absolutely no interest in Jamaican politics. It is already full of two-foot 'ratscals', and we wish not to have anything to do with those. They are a vexation to the spirit, and a gall to people.

What we want is to be left alone. Rat baiting is a colossal waste of time and money. As long as the city is overrun with garbage, we shall be out in our numbers. We have to do what we have to do. Rat poison! Rat poison! Taase an buy?

And as for the Pied Piper, forget him too. They definitely can't afford him, and we have wised up. No amount of sweet music can lure us into Kingston Harbour. It's highly toxic, we have heard.