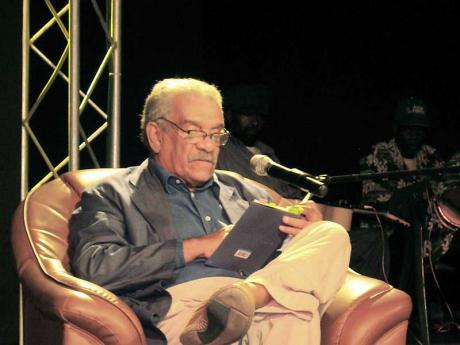 Artistic Expressions will once again be hosting Derek Walcott. He will read on Monday, May 14, at 7 p.m. at the Knutsford Court Hotel.

Walcott, Nobel Prize-winning poet is the author of several celebrated books of poetry including Omeros, The Arkansas Testament, Another Life and, most recently, Tiepolo's Hound.

During the early 1970s, Kingston audiences were fortunate to see productions by Walcott's Trinidad Theatre Workshop. Famous plays such as Dream On, Monkey Mountain, Ti-Jean and His Brothers and The Joker of Seville were outputs from this workshop. Now based in his native St Lucia, Mr Walcott has, for many years, been professor of creative writing at the Boston University.

He has won numerous awards, including the Queen Elizabeth II Gold Medal, and a Special Gold Musgrave Medal of the Institute of Jamaica.

Walcott's writings suggest that noting is absolute, and there is coincidence in the imagination. Walcott's life is one of discipline, but not without intrigue, and he has lived his life to the fullest.