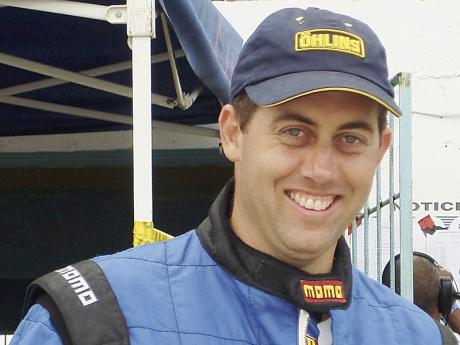 The way is now clear for Montegonian Doug 'Hollywood' Gore and his Audi TT outfit to compete at this year's Caribbean Motor Racing Championship. With this, Jamaica promises to field one of its strongest ever teams for the regional title.

"In the past a Race Drivers' Club.

Carey further explained that the team will likely to be named on May 26, a day before the race meet at Dover Raceway, St Ann.

According to Carey, the two-day event kicks off on Saturday, May 26, with qualifying, the meet on in full the following day.

"We are expected at least three cars from Guyana, two from Barbados and two Mitsubishi Evolutions coming from Cayman. The cars have already shipped and they should be here later this week or early next week," said Carey.

The meet has been dubbed 'Caribbean Invasion' and fireworks are expected.

Jamaica's Summerbell and Gore once had easily the fastest cars, but it is the Bajans who now have that honour.

Much is being said about Barbadian Stuart Williams' Turbo Lotus Elise, which is rated among the fastest circuit racing cars in the region.

"Williams is fast in Barbados but, at Dover, no. He once told me how intimidating the Dover circuit was. I believe Jamaica has a good chance of finishing one, two, three," stated Gore.

It will be Williams' second outing at Dover. In 2011, he was the fastest of Barbados' three-man CMRC team. "The Lotus developed some problems during the first race last year and we could not get it fixed in time for the second," commented Williams on the Adrenaline Sun website.

Automotives understands that the defending regional champion driver Roger Mayers, who drives a Ford Focus, may not make the trip.

Peter Rae is very upbeat about his preparation for the meet and the possibility exists that he might spring some surprises. But the man they might all have to beat is Summerbell, who must come good and better this time around or else surrender his 'empire' to Gore.