More tips on the JSE 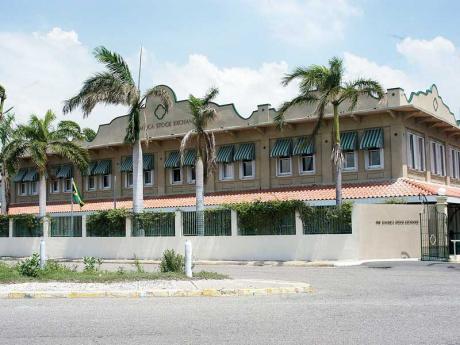 QUESTION: I am doing research on the JSE and came up on your article, which I found very informative and interesting. I am currently a student at MSB and I am trying to understand the structure of the JSE in terms of the major players and the industry to which they belong, and so on.

Would you be able to direct me as to where I can get this information?

PFA: The Jamaica Stock Exchange itself is a good point at which to begin your research, its marketing department in particular.

It has a wealth of information on its own history and operations. But its website and publications can also provide the information you seek for your research and analysis.

As a bonus, its 11 broker-members, some more than others, should be able to assist you.

I found the JSE's 2010 yearbook quite helpful in putting together what I am about to share with you and the rest of my readers.

Most of the financial-sector companies listed on the main exchange offer investment services, either as their core business or as one line of business.

In the latter group, the companies are quite diversified and offer a variety of financial and pension fund management services. There is also one company whose principal activity is unrelated to financial services but has a subsidiary that does.

Of the three commercial banks listed, one describes itself as a group reflecting the extent to which it offers financial and other services in addition to its core commercial banking services but it is not the only one that is on this path.

It seems the commercial banks are reverting to a previous policy of widening their base of operations to provide a wider range of services to their customers. In fact, the listed commercial banks see value in investment services and have subsidiaries that offer those services. In one case, the subsidiary is a listed company.

This certainly opens up these very important companies to the scrutiny of the public and allows it to participate in their ownership with the opportunity to have a voice in how they operate.

The manufacturing sector is also well represented. There are eight on the main exchange and five on the junior exchange. Most of them are distributors as well. They vary widely in what they produce, from inputs into the construction process to food and drink.

There are only two companies from the distribution and retail group.

There is a group of four that the stock exchange categorises as conglomerates primarily, it seems, because they have many subsidiaries. In some instances, their principal activities are many. In others, this is not so.

Other sectors represented among the listed companies are communication, which includes telecommunications, a newspaper and a mass media communication company that operates commercial radio stations, television stations and a multimedia company.

There were 12 companies with capitalisation - arrived at by multiplying all issued shares by the market price - exceeding J$10 billion at the end of 2010.

Of the 12, four are from the financial sector including the three commercial banks which ranked first, second and fourth. The life insurance companies ranked third and sixth.

There were three from manufacturing, two from the conglomerate group and one from retail and distribution.

The companies that ranked first, third and ninth are based in other Caribbean countries.

Institutions are the major investors. Included among them, though not in the order of their participation in the market, are the life insurance companies which manage funds linked to the policies they market and pension funds, as well as unit trust companies, pension funds, which include the very significant National Insurance Fund, and financial institutions which manage funds as trustees.

I believe you will have an interesting time delving into the stock market and its operations.

Oran A. Hall, a member of the Caribbean Financial Planning Association and principal author of 'The Handbook of Personal Financial Planning', offers free counsel and advice on personal financial planning.finviser.jm@gmail.com