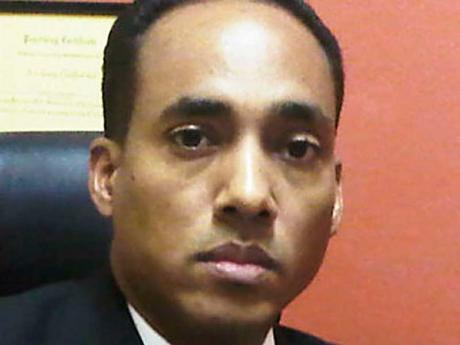 Increasingly, over the years, the criminal justice system of this country has come under greater scrutiny by those who participate in it or those who have been affected by it.

Specific focus has been placed on the issue of delays in the trial of cases. These delays naturally result in a huge backlog of cases. The complaints in this regard and criticisms have not been short. What have been short are solutions to the problem.

At present, a large number of cases before the courts have to undergo the process of preliminary enquiries. In short, witnesses are required to attend court to testify and are subject to cross-examination. At the end of the exercise, the resident magistrate is required to determine whether the evidence given by the witnesses is sufficient to make out a case against the accused person.

In the vast majority of cases, the magistrate often finds that there is a case that has been made out against the accused and consequently commits the matter to the Circuit Court for trial, where once again the entire process begins. That is, the witnesses are required to attend court and are again subject to cross-examination. The only difference at this second stage is that the process is presided over by a jury, which determines the guilt or innocence of the accused.

Experience has shown that cases involving preliminary enquiries and, ultimately, trial at the Circuit Court can last anywhere from a minimum of a year to three years, and in some instances longer. To say, therefore, that preliminary enquiries should be abolished is an attractive idea. The abolition of preliminary enquiries would see a situation where witnesses would be required to attend court only once to give evidence. This, no doubt, would cut down on the time it would take for a matter to be concluded. It would also be less costly to witnesses and accused persons. The issue of fear on the part of witnesses, whether real or imagined, would be minimised in terms of exposure to the general public. To this end, there now exists a bill before Parliament, the Committal Proceeding Act, 2011, which seeks to abolish the holding of preliminary enquiries.

In theory, the abolition of preliminary enquiries is a good concept. However, a strong word of caution must be noted as the mere abolition of preliminary enquiries, without other changes to the criminal justice system, will not be sufficient to reduce the delays and backlog of cases. We may simply transfer the delays and backlogs from one level of the courts to another.

By way of example, references can be made to cases involving police personnel in particular who have been charged. The practice, in recent times, has been for such cases to go directly to the Circuit Court without going through preliminary enquiries. This practice is one that has been exercised by the director of public prosecutions (DPP), who has the power under the Constitution to so do. Notwithstanding, these cases are hardly ever tried within a reasonable time.

For the abolition of preliminary enquiries, therefore, to have any meaningful effect in reducing the delays and backlog of cases, there would have to be financial expenditure in securing additional judges and prosecutors as a start. Unfortunately, at the moment, having regard to Jamaica's economic situation, this is going to be a real challenge. Solutions to dealing with case backlogs would require little or no economic cost to the Government and would yield tangible results.

This aside, to focus on the abolition of preliminary enquiries is to ignore the fact that the majority of cases in the criminal courts do not undergo preliminary enquiries. Such cases include larceny, robbery, assault, fraud, and drug offences. These categories of cases also experience delays and contribute immensely to the overall backlog primarily because of the sheer numbers of them.

Let's look at the solutions.

As a start, the night court system that was introduced years ago could be modified. At present, night court sittings are from 5 p.m. on weekdays to 9 p.m. In respect of the Half-Way Tree Criminal Court, there are at least eight courtrooms that are available for such sittings.

However, what really obtains is that the night court operates with only one magistrate hearing cases in which accused persons do not have attorneys. These cases often involve offences that are domestic in nature or are not so serious.

The idea of inviting private practitioners with the requisite number of years and experience at the Bar to volunteer their time to sit as night court judges in the remaining vacant courtrooms at Half-Way Tree, for example, as is practised in other jurisdictions is not something that is unrealistic and could be canvassed.

Indeed, if this idea was taken on board, it would provide a good training ground for prospective judges that would spring not only from the DPP's office or the civil service in general, but from the private bar. It cannot be asking too much of our private practitioners to volunteer for a couple hours of their time to assist in the reduction of the case backlog.

Amendments to existing legislation and the introduction of new ones governing our criminal justice system are other methods that could be used to effectively deal with the issue of delays without any economic cost being incurred.

Although recently amended, the Jury Act is one legislation that could be further amended to deal with the issue of delays at the Circuit Court level. As stated already, cases involving multiple accused are often adjourned because of insufficient numbers of jurors attending court. Within this context, there are many who would add that this is yet another reason why the jury system should be abolished and trials should be conducted by judges alone. However, there is an equal number of persons who would suggest that the jury system should be preserved.

Perhaps the time has come to strike a compromise and amend the Jury Act to allow an accused person or persons to elect whether they wish their case to be tried by a judge alone, or with a jury as well. Indeed, this concept is one that has being adopted in other jurisdictions.

Too often, cases experience delays because of outstanding written statements from formal witnesses (that is to say, not eyewitnesses) or because of ballistic certificates, as in Gun Court matters. By way of example, the production of a ballistic certificate in court often takes anywhere from one to four months because of insufficient staffing, and volume of work at the sole ballistics laboratory which services the entire island.

The law, as it now exists, does not allow for a formal waiver of the need for the production of such statements or ballistic certificates, especially when one considers that in a number of cases such are rarely, if at all, utilised by the defence or client to determine guilt or innocence at a trial.

In other jurisdictions within the Caribbean, the statutory framework exists for such statements or certificates to be, by agreement, waived by both the prosecution and the defence in the trial process, or in the alternative, for such statements to be read into the record without calling the actual author or maker of the statement or certificate. There is no reason why such statutory framework cannot be implemented in our jurisdiction.

What is suggested here are but a few measures for consideration towards reducing the delays and backlogs.

We cannot continue to look at improving the criminal justice system in a disjointed way. Until we apply a holistic and practical approach to dealing with the issue of delays and backlogs, the cry will always be, "We want justice", and there will always remain fertile ground for vigilante justice to flourish.

Peter Champagnie is an attorney-at-law. Email feedback to columns@gleanerjm.com.