Fired! To what end? 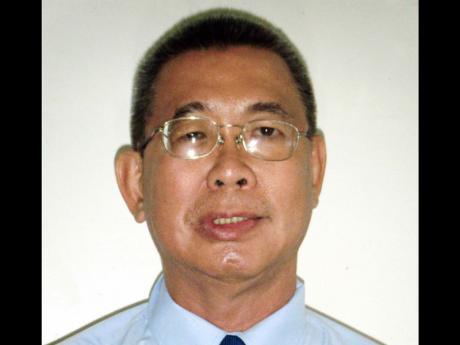 I have been 'fired' once again, in that, through the actions/decisions of the relevant authorities, I have in effect lost my company.

Until now, I have refrained from writings which could be interpreted as potentially self-beneficial. I operate a bookmaking company (Capital Betting and Wagering Limited) which sells bets on local races. We pay levies to Government (GOJ) and rights fees to Caymanas Track Limited (CTL) for the use of its dividends. It doesn't matter that these dividends are freely available to 'every man and his dog' and every illegal bookie, we licensed bookmakers have to pay CTL.

Now, for many, many years these rights fees varied between 0.5 and one per cent of sales. During this time, there had been periods when CTL boasted record profits. However, within the last two years, these fees have been hiked to 3.5 per cent of sales, and then to five per cent. While we have tried to operate at five per cent, this has proven to be onerous and draconian, and, most important, a losing proposition.

If that wasn't bad enough, CTL has increased the rights fees to six per cent of sales retroactively while serving notice that there will be a one per cent increase annually until it peaks at nine per cent in 2014.

Which business could survive with any item of expense increasing ninefold? Whether salaries, rent, motor-vehicle expense, security or utilities?

It is not that I, or the other book-makers, are being belligerent in refusing to sell local bets. It's just that every day we open, we have to subsidise the operations. It's as simple as that.

As I have intimated, we would not technically be losing money by being shut down, as we are not making any money at the current rates.

Where I have a grouse is that they have conspired to make my company worthless, as who would buy it given the same terms and conditions relative to rights fees?

CTL believes it can make more money by having a tote monopoly on its operations. That is, no competition, with everyone, including the licensed bookmakers, acting as agents for CTL.

It is hard to imagine that the Jamaican betting public will be well served, however, in that, will CTL be able to service the punter in Alexandria, or Strathbogie, or Three Miles River, or Crofts Hill, for that matter? All these are some of the betting offices operated by my company.

And what does the Government get from levies/taxes from CTL versus those from the bookmakers?

But let's not conjecture. To quantify the relative contribution to the GOJ by CTL versus the bookmakers, the following is taken from the Betting, Gaming and Lotteries Commission (BGLC) Annual Report 2010/2011.

Note has been taken of the differences in the BGLC's addition as to totals for the racing promoter (CTL). The figures are what appear in the annual report. Nothing has been changed.

The referred Table 8 clearly states that the total contribution by CTL for local racing for GOJ, BGLC and JRC for the fiscal year 2010/2011 was just $16.0 million, while the bookmakers contributed $103.8 million. At the existing tax regime, CTL would have to increase sales by more than sixfold (103.8/16 = 6.49) to compensate for the loss in taxes paid by the bookmakers.

In addition, over the same period, the bookmakers paid CTL more than $60 million. That was at a rate of 3.5 per cent of sales for rights fees. At the current rate of five per cent, this would total more than $85 million.