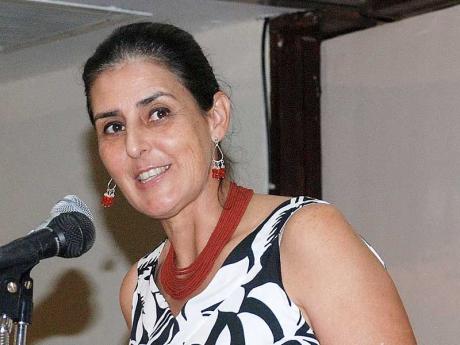 A good Jamaican friend recently started a conversation euphemistically stating that he was not hearing good things about Spain's economy. Not surprisingly so, as it has just been announced that my country's economy had slipped into recession, with a 0.3 per cent of GDP decline in the first quarter of 2012.

His next question was: "What is Spain doing about it?" As I gave him an overview of the tough measures adopted by the government so far, it occurred to me that this information could also be of interest to the wider Jamaican public.

In the last few weeks, Jamaican media have indeed echoed international concerns around the state of the Spanish economy. Now that the Budget has been approved by Parliament, I believe the timing is right to contribute some information on how the Spanish government is tackling the present economic challenges.

We have learnt the hard way that the expression 'highly interconnected world' is not simply rhetorical. It took us some time in Europe to realise that wrong decisions adopted by foreign financial institutions could indeed have a profound impact in our economies.

Nor could anyone foresee that the crisis was going to be so lengthy. Like many other countries, Spain responded with measures to stimulate its economy while providing assistance to the most vulnerable sectors of its society in an effort to safeguard the high levels of social welfare achieved until then.

Until 2008, Spain's borrowing record had been impeccable: the country ran a balanced budget, on average, every year and stayed within the three per cent limit since the euro's creation until 2007. As a result, its public debt was well below other major countries in the European Union. Private debt, on the other hand, was high, fuelled by the construction boom and low interest rates.

The initial response to the crisis brought to an abrupt end the government's balanced finances: as a result of the huge expenditure incurred by the government, in an effort to provide financial stimulus as an initial shock measure, the deficit soared from a meagre three per cent to a high 11 per cent.

By contrast, Spain's public debt has all along remained comparatively at low levels. Nonetheless, it is becoming increasingly expensive to service it because of the jittery nature of financial markets and the subsequent pressure on interest rates.

As was the case in Jamaica, the general election was brought forward, and on November 20, 2011, a new government was voted in, also receiving a strong mandate. Prime Minister Mariano Rajoy was sworn into office on December 21.

Confronted with an expected deficit of 8.3 per cent of GDP, instead of the targeted six per cent by the end of 2011, and firmly committed to lowering it to 5.3 per cent in 2012 and three per cent by the end of 2013, the new government has launched a structural overhaul of the economy aimed at restoring market confidence and credibility, while at placing ever-increasing emphasis on measures which stimulate economic growth and job creation. With employment rates painfully high at 24.3 per cent, this is undoubtedly the most important challenge my country is facing.

The government is implementing a far-reaching plan of extraordinary measures in order to resolutely tackle the present situation.

This plan is a combination of austerity measures and deep-core structural reforms aimed at restoring Spain's competitiveness in the marketplace, which is key to revitalising the economy. These measures are being carried out fully in line with the European Union.

Spain has taken the bold and early step of committing to the principle of budget stability (zero deficit) at the highest possible level, incorporating it in the constitution through the amendment of one of its articles. A law will be passed before the end of June to ensure that this constitutional requirement is met by all public administrations, i.e. central, autonomous and local governments.

The law sets as a criterion the maximum level of public debt at 60 per cent of GDP.

All public administrations will be required to present balanced or surplus budgets, or alternatively, in the event of their being unable to do so, present feasible plans/strategies to correct the imbalance within a year. Non-compliance will automatically lead to non-availability of credit. A total ban on incurring structural deficit is, therefore, established, with only two exceptions:

In the case of structural reforms

having a long-term budget impact, structural deficit could be allowed to rise to 0.4 per cent of GDP.

Under exceptional circumstances, such as natural disasters or a situation of regional or national emergency.

In order to achieve macroeconomic stability, drastic cuts in expenditure, as well as new measures to raise revenue, are being announced regularly.

Some of the cuts directly affect the public sector with the objective of achieving a smaller and more efficient administration: civil servants' salaries have been reduced and subsequently frozen, no new hiring is taking place, and the number of state-owned companies (those with more than 50 per cent state ownership) has been reduced by 32 per cent.

Other cuts affect the public health and education sectors, where expenditure is being rationalised in order to increase the efficient expenditure of funds and, ultimately, ensure the sustainability and the quality of the services they provide. As an example, while a basic level of health-care service will still be provided to all citizens free of charge, full treatment will, in principle, only be available in future to those who reside legally and pay taxes in Spain.

On the revenue side, income will be raised by a combination of tax increases and stringent measures to fight tax evasion.

Among the various reforms implemented, two clearly stand out.

It is critical that banking institutions regain the confidence of the financial markets so that credit can flow again into the private sector. The main problem comes as a result of the excessive exposure of banks to the construction-sector crisis. Spanish banks still hold large portfolios of real estate assets, and doubts persist as to the values assigned to them on their balance sheets. New requirements for capital provision will ensure that banks will have sound balance sheets entering 2013, thus facilitating their access to capital markets and, ultimately, their role as credit providers.

Incentives for bank mergers will, on the other hand, result in a smaller number of stronger and better-managed banking institutions.

The ongoing crisis has impacted employment rates in Spain like no other country in Europe. Two reasons for this high rate can be easily identified:

First, the massive destruction of jobs as a result of the crisis in the previously booming construction sector;

Second, the rigidities of Spanish labour regulations, which made it difficult for companies to adjust to changing revenue situations through the reduction of wages and/or the adjustment of working conditions, as an alternative to prolonged and expensive dismissal procedures.

As a result, in the past years, we have witnessed an influx of low-paid temporary contracts, mostly held by young people, who as a consequence have been the most affected by unemployment.

The introduction of tax incentives for small and medium enterprises (SMEs) which employ young workers, the reduction in severance costs, combined with the promotion of company agreements instead of industrywide agreements, will allow companies the flexibility to adapt to changing conditions and, therefore, encourage entrepreneurs to regain confidence in a labour-market system better adapted to their needs.

The measures launched to date indeed prioritise the promotion of activity by SMEs and entrepreneurs: labour reform, reduction of bureaucratic red tape, and financial reform will build confidence and get credit flowing again.

More reforms will be forthcoming, as new policies are being drafted that will, for example, affect the energy sector.

We are going through a painful process, correcting mistakes made in the past, adjusting to very tough and quick changes in order to convince merciless market forces that Spain's economic fundamentals are solid, and will resist their speculative attacks.

Looking at Spain today, it is difficult to imagine that less than four decades ago it came out of a dictatorship impoverished and isolated. Today, Spain is a democracy with high levels of respect for human rights, a generous foreign aid donor, a role player in the multilateral arena, a country with an open economy which ranks high in terms of its foreign direct investment in other countries. Many Spanish companies, in fact, obtain more than half of their revenues from commercial activities abroad.

Spaniards are very determined people. Nothing will divert us in our road to economic recovery.