Is JPS telling the truth on choice of technology? 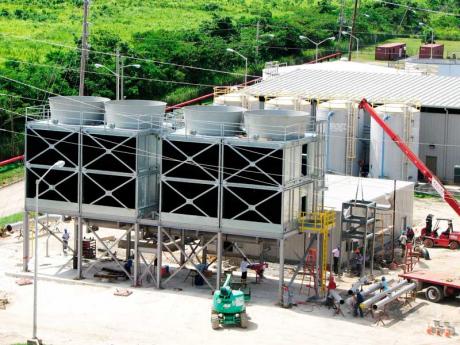 The following is a response to the article, 'Combustion turbines or diesel engines? Choosing the right technology for lowering fuel costs' by Val Fagan, published in The Sunday Gleaner on April 29, 2012.

I have been following the intense discourse on energy matters in Jamaica that has been going on for months. After reading Mr Fagan's response to Dr Densil Williams' article of April 22, 2012, and with the knowledge that the Jamaica Public Service Company's (JPS) alternative bid was based on Wartsila's dual-fuel engine technology operating in a combined-cycle configuration, I felt compelled to proffer a response in order to correct a number of inaccuracies and misleading information in Mr Fagan's tepid response.

I will also elaborate on some differences in the two technologies: combustion turbine and reciprocating dual-fuel engine.

This response is not meant to be a rebuttal of every point in the article, but will address the most salient issues, particularly those related to efficiency, fuel flexibility, life-cycle cost and emissions.

The reciprocating dual-fuel engine has superior simple-cycle efficiency (45 per cent in this case) compared to a combustion turbine (30-35 per cent). It is true that in a combined-cycle configuration, the combustion-turbine plant, theoretically, has a better overall efficiency compared to a similar-sized reciprocating-engine plant. I say theoretically because, under high-ambient temperature conditions (like we have in Jamaica), both the power output and efficiency of the combustion turbine degrade drastically (degradation starts to occur after 15 degrees Celsius).

JPS knows this. Its Bogue plant has a combined-cycle efficiency of only 40.8 per cent (JPS's own numbers), which is far worse than the Jamaica Energy Partners' reciprocating-engine plants which have efficiency around 44 per cent that are operating in simple cycle. By contrast, the Wartsila reciprocating engine starts to suffer efficiency degradation after 35 degrees Celsius. Jamaica's average temperature during the hottest months of the year, occurring between May and November, is 28 degrees Celsius.

The requirements of the request for proposal (RFP), as issued by the Office of Utilities Regulation (OUR), have no provision for heat-rate adjustment at higher daytime temperatures. How will JPS account for the lower efficiencies at the higher-than-standard temperatures (15 degrees C)?

In the offer that Wartsila made to JPS for the 360MW project, the guaranteed combined-cycle heat rate at 30 degrees Celsius, when operating on natural gas, was 7,339 kJ/kWh (6,956 Btu/kWh) equivalent to 49 per cent efficiency. It is important to note that Wartsila's offer was also for a combined-cycle plant.

Mr Fagan's article deliberately downplayed the importance of the chosen generation technology being able to burn the least expensive back-up fuel. Indeed, he proclaims: "The planned LNG-fired plant will operate with significantly less expensive natural gas 95 per cent of the time." Well, we certainly hope so, and support the premise that this is essentially a gas-fired plant.

However, who is to tell if and when we may have a prolonged interruption in the gas supply? After all, let's remember that Jamaica is an island with no indigenous natural gas and a non-existent extensive grid system (with several large generating entities), as is the case in the more developed countries.

One of the stated criteria in the OUR's 360MW RFP was for the generating assets to be able to burn a back-up fuel. It seems to me that in the Jamaican context, this should be important. This is why choosing an engine that uses the cheapest back-up fuel is of critical importance for Jamaica.

The fact is that when one considers the issue of a back-up fuel, the combustion turbine is at a disadvantage (compared with the reciprocating engine), as it cannot handle the less-expensive heavy fuel oil (HFO). Furthermore, the combustion turbine will not have the capability to switch instantaneously to the back-up fuel in case the gas supply is lost - a feature that is embedded in the design of the dual-fuel engine.

The dual-fuel reciprocating engine, when operating on natural gas, will become due for a major overhaul after about three years (approximately 24,000 hours) of continuous operation. And, unlike the combustion turbine engines, it does not suffer any penalties (equivalent to shorter maintenance intervals) for starts and stops or operation on part load.

The assertion of Mr Fagan that "major maintenance is required every year for the diesel units" is patently false and misleading.

Capital cost is another input into the life cycle-cost calculation. I have heard numbers bandied about - US$600 million for the 360MW combustion turbine plant - and will take three years to construct, while I know Wartsila's own 360MW offer to JPS was in the region of €263 million (approximately US$348 million at current exchange rates), and will take 16 months to construct. Interest cost during construction, among other soft costs, may add another 20 per cent to these costs.

Wartsila's combined-cycle plant offered to JPS featured dual-fuel reciprocating engines that would burn natural gas as the primary fuel. Our assertion was that from an emissions point of view, the specific emission from each engine should correspond to the limits, as set out in the 2008 World Bank Guidelines. We felt that equipping the engines with expensive emission-abatement equipment, just to cover the case when the plant was operating on the back-up fuel, was neither a wise nor financially prudent move, and JPS agreed with us.

In the extreme case where the plant has to revert to burn HFO permanently, emission-abatement equipment could be retrofitted. On the other hand, in that extreme circumstance, the combustion turbine will revert to burning automotive diesel oil (ADO) and that would turn out to be a disaster for the people of Jamaica. In essence, Bogue times 300 per cent.

The combined-cycle combustion turbine configuration, as proposed by JPS, means that a problem with just one turbine will result in a loss of more than 60MW, or 12 per cent in baseload generating capacity, whereas with the dual-fuel engine combined-cycle plant, loss of one engine would mean a 16.5MW, or 3.2 per cent, reduction in baseload generating capacity. This means that during a forced or maintenance outage, with reciprocating dual-fuelled engines, JPS will run fewer of its inefficient and more expensive peaking units, saving the Jamaican consumers money in their electric bills.

Making the right choice of generation technology also means making sure that that technology will perform in the environment where it will be installed. Generic performance under ideal conditions cannot be used to justify the technology choice in a different context. The efficiency numbers quoted by Mr Fagan represent the technology under ideal circumstances. The Jamaican context is different from the ideal environments that Mr Fagan is reporting from.

The fact remains that under high altitude and/or high-ambient temperatures, the output and efficiency of combustion turbines suffer tremendously. Bogue is a living example. A multiple replication of Bogue, with the difference of just burning a different fuel, is tantamount to making the same mistake twice. Jamaica cannot afford to have this happen again.

Rodney George is vice-president of power plants at Wartsila Caribbean Inc. He has more than 35 years' experience in the electric power industry. Email feedback to columns@gleanerjm.com.