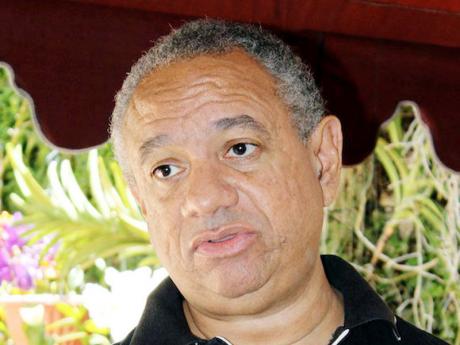 History is replete with examples of dysfunctional relationships between a nation's executive and its bureaucracy, but none more educational than the half-century of complicated dynamics among United States (US) citizens, US media, US political executive and legendary US bureaucrat, J. Edgar Hoover.

Hoover's name is inextricably linked with the Federal Bureau of Investigation (FBI), where he spent his entire 55-year working career and which he led for 48 years. 'Investigation' was his forte, but his methods were suspect; his selection of subjects to investigate arbitrary; and his motives highly dangerous. Hoover's entire focus was to build and maintain his fiefdom at the FBI. His strategies and tactics to that end included the often illegal gathering of 'intelligence' on other public officials (including presidents and their wives) and famous private citizens whose popularity threatened his own or who were, in his opinion, 'subversive'.

Several presidents, including Truman, Kennedy and Johnson, tried to fire him, but it's widely believed that Hoover had so much sensitive information about each leader locked away in a bank of private files that they were unable to remove him from office.

Hoover's power was built on his collection of files containing compromising and potentially embarrassing information on many powerful people, especially politicians.

Hoover's early life was characterised by family dysfunction and underachievement that drove him to seek consolation in academic qualifications and aggressive self-promotion. Both parents were of German descent, but his domineering mother controlled his early (and mid) life. Born in Washington, DC, Hoover grew up near Capitol Hill and attended Central High School where he sang on the choir, competed on the debate team, and participated in the Reserve Officers' Training Corps programme. During World War I, Hoover studied for a law degree at George Washington University (GWU) and also obtained a master's degree in law in 1917. He never practised that profession a day in his life. While at GWU, he became fascinated by the career of Anthony Comstock, the New York City United States Postal Inspector, who engaged in protracted crusades against fraud and vice. Comstock's mania became the template from which Hoover's own career was moulded.

Upon receipt of his master's degree and too timid to enter the private sector, his uncle, a judge, arranged for him to be employed by the Justice Department. World War I was still being fought. Within two years, Attorney General A. Mitchell Palmer appointed Hoover as his special assistant and he was asked to head a new section of the Bureau of Investigation called the General Intelligence Division (GID). The GID was created to gather intelligence on radical groups and was responsible for organising the arrest or deportation of alleged seditionists.

Hoover took the techniques to a dangerous extreme. In 1919, he targeted pan-African leader Marcus Garvey, naming him a "notorious Negro agitator", and began searching for any evidence that would allow Garvey to be charged with a crime. Instead, Garvey's powerful messages and influence forced Hoover, in December 1919, to hire the first black agent in the bureau's history, James Wormley Jones. Hoover struck back, assigning Jones to gather intelligence on Garvey, and the resulting information allowed Hoover and his group to sabotage Garvey's Black Star Line, a series of ships meant to transport goods among the black communities of North America, the Caribbean and Africa. This was the principal cause of Garvey's Black Star service's bankruptcy and the leader's declining personal influence. This 'success' against insurgency helped to propel Hoover to be named director of the bureau in 1924.

As director, he had many administrative successes, including fashioning and implementing modern technological investigative techniques, improved training, and obtaining increased funding from Congress for the organisation. As a direct result of these technical improvements, the FBI was able to succeed in many daring exploits against famous gang leaders of the time, leading to a string of high-profile gang arrests including the ambush and killing of notorious gangsters John Dillinger and the captures of 'Baby Face' Nelson and 'Pretty Boy' Floyd. Those manhunts were designed and led by FBI agent Melvin Purvis, but Hoover manipulated the media to make it look as if he was personally responsible and demoted Purvis, taking him off the front line. Whatever the FBI accomplished, it had to be all about J. Edgar Hoover. He succeeded, at that time, in convincing the average American that he was a national hero. That public relations campaign, together with his treasure trove of secret files, made him the most feared man in America. No one dared cross Edgar Hoover.

In 1946, obsessed with pursuing communists and other subversives, and confident of his status as the sole defender of American values, Hoover prepared a list of 12,000 potentially 'disloyal' Americans and submitted a plan to President Harry Truman for the suspension of the writ of habeas corpus so they could be indefinitely detained. To his eternal credit, Truman refused to implement the proposal.

In the 1960s, Hoover conducted a vicious vendetta against Martin Luther King Jr, calling him "the most dangerous negro in the future of this nation". Hoover instigated 24-hour surveillance on King, hoping to find evidence of communism or sexual deviance. Using an illegal wiretap, Hoover was convinced he had proof of King's sexual infidelity and attempted to push reporters into publicising the recording. The media refused. Instead, Hoover sent the tape directly to King's office, with a note suggesting he commit suicide or face exposure.

When President Kennedy was assassinated, Hoover personally directed the FBI investigation into his death, in which many conspiracy theorists still believe then Vice-president Lyndon Johnson was somehow involved. Nothing was ever proven against Johnson. It must have been just an odd coincidence that, in 1964, a few days before Hoover testified at the Warren Commission hearings, President Lyndon Baines Johnson, by executive order, waived the then mandatory US Government Service retirement age of 70, allowing Hoover to remain the FBI director "for life". Fifteen years later, The House Select Committee on Assassinations issued a report critical of both the FBI's and the Warren Commission's performance of their duties. The report was also critical of what it said was the FBI's reluctance to thoroughly investigate the possibility of a conspiracy to assassinate President Kennedy.

When J. Edgar Hoover died of a heart attack in May 1972, his legacy was best understood by the schizophrenic reaction of then President Richard Nixon who delivered a eulogy at his funeral. In public, Nixon said, "One of the giants ... a national symbol of courage, patriotism and granite-like honesty and integrity." In private, Nixon's comment was: "That old c-sucker!"

J. Edgar Hoover was an example of one man believing he was the only person of integrity in the USA. That's the first ingredient of a dangerous stew. Add entrenchment in a powerful post with authority which, if abused, could ruin innocent reputations by public innuendo alone, without any requirement of proof in a court of law. Then throw in a pinch of conceit and obsessive suspicion which drove Hoover to frequently hype his imaginary successes in the media and to force his warped interpretation of his apparently limitless powers down everybody else's throats. Finally, stir in a liberal amount of threats of public excoriation aimed at bullying one's target into submission. Every citizen in a country like that is at risk and its constitutional safeguards against presumed guilt are under attack.

It's not only political power that corrupts. And corruption doesn't arise solely from the acceptance of valuable gifts in return for preferences. The abuse, or reckless misuse, of power is also corruption. And, in every sphere, including in the bureaucracy, absolute power corrupts absolutely.