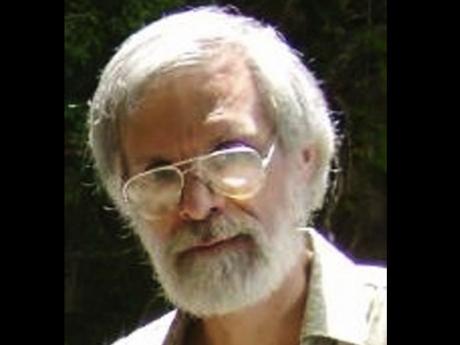 In a scenario that is becoming increasingly common as Europe's budget-cutting measures intensify, 77-year-old Dimitris Christoulas recently took his life. The former pharmacist, who had lived and worked as a shopkeeper and tax-paying citizen in Athens for 40 years, chose to end his life with a handgun rather than suffer the humiliation of "fishing about through rubbish dumps for things to eat".

He did this in front of the Greek Parliament, whose harsh pension cuts he saw as the final betrayal, after a life of responsibly contributing to society as a middle-class citizen. At the scene, bystanders found a note Christoulas had written calling for younger Greeks to rise up against the destruction of their way of life by foreign-imposed, involuntary austerity and the loss of the people's democratic sovereignty that this implies.

He wrote that "the Tsolakoglou government has annihilated all traces for my survival, which was based on a very dignified pension that I alone paid for 35 years, with no help from the State. And since my advanced age does not allow me a way of dynamically reacting, I see no other solution than this dignified end to my life."

The reference to Georgios Tsolakoglou is highly symbolic. It was Tsolakoglou who had overseen the collaborationist government during the German Nazi occupation of Greece in World War II. Many Greeks now feel Angela Merkel and the European Union (EU) have, again, accomplished the same, albeit this time by stealth - via economic austerity mandates that bypass their popular sovereignty.

Christoulas was not alone. In the same week, a 78-year-old woman in Gela, Italy, despondent over how she could possibly make ends meet, leapt to her death from a fourth-floor balcony, ending her life in protest against similar Italian pension cuts. Afterwards, her son lamented that "the government is making us all poorer, apart from the wealthy, who they don't touch, in contrast with us workers and small businessmen who are struggling with heavy debts."

Also within that same week, two men facing financial woes set themselves on fire in northern Italy, and a picture-frame maker in Rome hanged himself leaving a suicide note that cited "overwhelming economic problems".

But last week something seemed to give way in Europe. The EU-constructed austerity dam burst, and pent-up passions like these flooded ballot boxes with a vengeance, in parallel elections in France and Greece. In Paris, last Sunday night, tens of thousands of ecstatic revellers jammed into the Place de la Bastille - a traditional rallying point with ties going back to the French Revolution - to celebrate the victory of socialist François Hollande over incumbent president Nicolas Sarkozy.

France's new leader urged the gathered crowd to "remember for the rest of your life this great gathering at the Bastille, because it must give a taste to other peoples, to the whole of Europe, of the change that is coming". By constructing his campaign around a promise that "austerity can no longer be the only option", he had managed to catch a political wave that achieved something very rare - the first presidential victory for a left-wing candidate since François Mitterrand won re-election to the Elysée in 1988. In his speech at Place de la Bastille, Hollande proclaimed that "in all the capitals, beyond government leaders and state leaders, there are people who, thanks to us, are hoping, are looking to us and want to put an end to austerity".

Hollande's ascendant policies clearly imply a rejection of the neoliberal assumptions that underpinned Sarkozy's budget cutting. Sarkozy, whose popularity dived after he increased the age of retirement, reduced public-sector employees, made welfare cuts, and colluded with Merkel on EU debt-reduction plans - will now go down in history as a one-term-only president.

Hollande, too, favours strong budget discipline. But he believes Sarkozy's approach of "saving for saving's sake" only served to stifle growth and aggravate unemployment, making it more difficult for the heavily indebted French economy to revitalise. He has threatened to veto Europe's Fiscal Compact treaty if it cannot guarantee French growth. His agenda calls for hiring 60,000 more teachers, rolling back the retirement age to 60 (with full pension), holding off balancing the budget until 2017, and imposing a 75 per cent tax on income over €1 million.

In Greece, in a second election earthquake this past week, even angrier anti-austerity sentiments erupted - splintering the tradi-tional party system into fragments too small to govern. The two mainstream coalition parties, New Democracy and PASOK, which had championed forced debt reduction and strict EU compliance - and which many Greeks blame for landing their country in its current financial mess - picked up less than a third of the votes between them.

This left the majority of popular votes scattered among a congeries of Left- and Right-wing anti-austerity parties. It also meant that forging a continued pro-austerity governing coalition would prove very difficult, if not impossible.

In this fractured parliamentary mix, newly empowered politicians riding the anti-austerity wave are flexing their muscles, promising to reverse oppressive EU bailout restrictions on Greece. Capturing the popular sentiments, satirist Lakis Lazopoulos explained: "Everything is changing. Greeks don't want anything to remain the same, and they have said 'no' in the loudest way possible to austerity, this war that our EU partners have waged within our borders."

If no viable government can now be formed, new elections will have to be called, and Greece could potentially default on its debt and exit the euro. Front-runner Antonis Samaras, leader of New Democracy, has already failed in his attempt to form such a government. The task next falls to Alexis Tsipras, leader of the Left coalition party Syriza, second in the polls, who has said, "The popular verdict clearly renders the bailout deal null." Syriza's platform insists that the loan deal Greece made under duress with its foreign creditors - the European Commission, the European Central Bank and the IMF - be immediately "abolished", as well as all of the related laws mandating pension and wage cuts, and overruling collective labour contracts.

A revised 'post-austerity' narrative has emerged out of these European elections, which is already beginning to affect national policies, EU policies and world markets. In this new pro-growth, pro-employment narrative, overly harsh budget cuts are seen as counterproductive, taking resources away from the poor and helpless to give to 'already filthy rich' financiers.

Conversely, state-supported job-creation and continuing pension, health, and education benefits are now seen by most Europeans as growth-stimulating investments in the working and middle classes - without whose support one cannot win popular elections, or sustain consumption, or foster economic growth.

1. Future austerity measures will need to be more carefully balanced with tangible job-creation and growth-stimulation measures, or people will be unwilling to make the sacrifices.

2. People will also be unwilling to make personal sacrifices if they perceive that this involves further 'unfair' wealth transfers from poorer to richer segments of society. Austerity cannot succeed if applied in grossly unequal ways across classes.

3. The 'austerity as punishment for having asked for too much from government' narrative has collapsed. Though still popular among Republicans in the United States, for many Europeans this has now been replaced with a 'we the productive 99 per cent' narrative that says the current financial crisis was caused by banking and corporate greed, and irresponsible speculation. Corrupt elite kleptocrats, not common citizens, are seen as the culprits, so the austerity onus is on them.

4. As an approach to economics and public administration, neoliberalism itself is being questioned in Europe. It is increasingly seen as too inhumane, unequal and unworkable in its consequences, particularly as applied to national budget balancing. Voters in France and Greece are not necessarily rejecting capitalism per se; they are rejecting extreme, ideologically conceived, orthodox neoliberal approaches like Merkel's, David Cameron's and Sarkozy's, that refuse to leave room for the possibility of applying moderate Keynesian stimulant and growth alternatives. Voters are also sending a stern warning that the current banker-politician kleptocracy they blame for causing the global recession has to go, if there is to be genuine progress towards a more stable economic order, and stable democratic governance.

Lawrence Alfred Powell is honorary research fellow at the Centre of Methods and Policy Application in the Social Sciences at the University of Auckland, New Zealand, and the former polling director for the Centre for Leadership and Governance at UWI, Mona. Email feedback to columns@gleanerjm.com and lapowell.auckland@ymail.com.