MAMA! ... still the queen of my heart 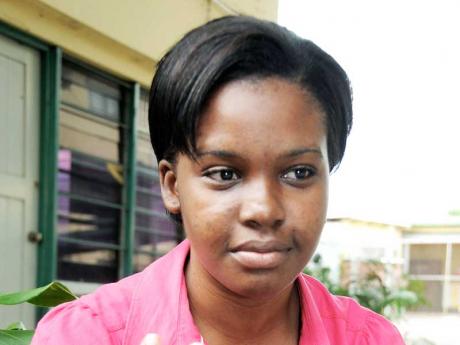 Megan Thomas tells The Gleaner of her traumatic experience which resulted in the death of her mother. - Gladstone Taylor/ Photographer 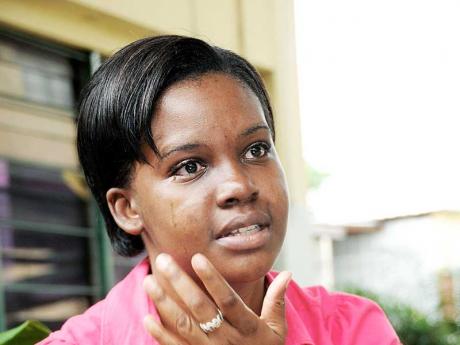 She saw blood squirt from her mother's body, heard her last breath, and watched as the lifeless body fell to the ground.- Gladstone Taylor/Photographer
1
2

Armed with a degree from the University of the West Indies (UWI), a fierce ambition to succeed and a charming personality, Megan Thomas is gainfully employed and on a roll to make her contribution to her country.

But ambition, personal drive and education cannot soothe the lingering pain that has overflowed on every Mother's Day for the past eight years.

This year is no different; she misses her mother.

Megan was 18 years old in 2004 when the Guys Hill, St Catherine, home she shared with her mother, Norma Nelson, was invaded by a masked man.

The invader stabbed her mother to death before kicking the teenager in her eye repeatedly, leaving her almost blind as she lay on the floor beside the body of the woman who gave her life.

Megan watched as the masked man grabbed her mother from behind, held her with his left hand, and used his right hand to stab her repeatedly.

She saw blood squirt from her mother's body, heard her last breath, and watched as the lifeless body fell to the ground.

"It was late evening August 9, 2004," she began in a sad, soft voice as she spoke with The Sunday Gleaner.

For the next hour, the young woman - who bears the name of a once formidable voice in local journalism - told a spellbinding story of murder, pain, sorrow and fright!

It has been eight years, but her pain remains poignant and the night etched forever in her soul.

Megan gave way to tears as sadness blanketed her petite frame. She gripped the edge of the seat she sat on and swallowed hard.

"We had just come back from a Jehovah's Witnesses Convention in Kingston. My mother operated a shop and she said she was going to bake. But I went to bed before her. Next thing I remember is waking up after 12 and seeing her with a machete," said Megan now 26, but who was then weeks away from entering the University of the West Indies.

"She gave me the phone and told me to call the police and I did - 994-3333," Megan recalled, saying the number must have been programmed in the phone.

She managed to tell the cops to come to the Thomas' house and hung up.

She would wait, and she and her mother would fight alone, as the police later claimed "they came but, did not see anything, so they left".

"My mother handed me the machete, and she began wrestling with him. When they were wrestling, she told me to chop him," Megan recounted.

She raised the machete three times, and recalled the attacker saying that she had chopped her mother.

In the confusion, shock and trauma, she believed she had killed the woman who brought her into the world.

Stunned, Megan threw herself on the ground beside her mother's body in despair and sorrow.

"He started kicking me in the eye as I lay on the floor," she recalled, again fighting back tears.

With blood everywhere, she managed to run into another room that was in darkness as the assailant went to the fridge, took a drink and came in search of her.

She tried desperately to crawl under a bed and recalled the difficulty getting her entire body underneath, as the bed had two drawers and only offered a small space between the base and ground.

"He started to chop under the bed. I had to move my body up and down so the machete did not catch me." He pulled out the drawers and took some of her underwear to tie his wounds.

"He told me to come out and help him tie his hand. I told him that I would come out on one condition - that he should go into the other room and see if my mother was ok," she recalled.

Somewhere in the process, the attacker opened a back door, and she bolted from under the bed, out the door and into the night, in search of help.

She ran to the neighbours across the road and then to the police station.

Her cries, for the loss, were the beginning of the end for the accused.

Jungle justice was swift in his demise, as within 24 hours, he died just as violently as he had taken her mother's life.

Eight years on, with her UWI degree, Megan is determined to make a contribution in the field of media. Just like Megan Thomas before her.

But getting here wasn't easy.

She had to be treated for post-traumatic stress, plus receive medical treatment for her eyes from the blows she received.

Clearly still in pain, she takes it a day at a time.

Now there is sadness when she goes to the Jehovah's Witnesses memorials as members of that religious family honour their dead.

Now there is sadness as one of the fallen soldiers she mourns is her own mother, taken violently, untimely.

"It's an irreplaceable loss," she said, "a painful loss."