We beg to disagree! 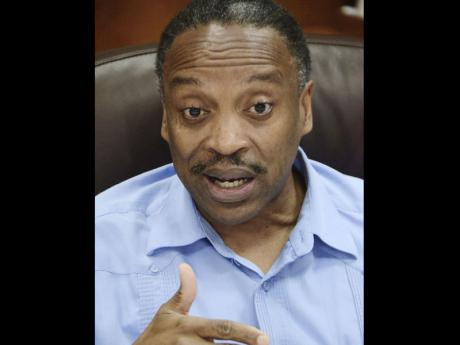 Milton Samuda, the president of the Jamaica Chamber of Commerce, is coming under fire over his comments surrounding the concerns expressed by local manufacturers about their Trinidadian counterparts.

A tough-talking Samuda on Friday used a Gleaner Editors' Forum to tell the local manufacturers to stop whining about the perceived unfair advantage enjoyed by those in Trinidad and Tobago (T&T).

"You have the Caribbean Court of Justice and if you feel that your trading partner is acting in a way that is not in keeping with the treaty, you have a clear remedy and you deal with it," said Samuda who is also the chairman of the Government's promotion agency, JAMPRO.

"You don't sit down and bay at the moon," Samuda added as he responded to calls by the Jamaica Manufacturers' Association (JMA) for the Government to do more to protect the local industry from the Trinidadians.

Yesterday, the responses to Samuda were swift and brutal.

"The front-page comments in The Gleaner by Mr Milton Samuda would be ridiculous if it weren't for the position he holds," declared chairman of Wisynco Trading, Joseph Mahfood.

According to Mahfood, any objective look at the facts will show that Jamaican manufacturers are at a disadvantage to their Trinidadian counterparts who get strong support from their government.

"The margin gatherers at the Jamaica Chamber (of Commerce) should protect the JMA, its members, and persons employed to the manufacturing sector, who purchase your products daily," charged Mahfood.

He was supported by the opposition spokes-person on industry, commerce and energy, Gregory Mair, who expressed disappointment at Samuda's pronouncements.

According to Mair, Samuda needs to say if he expects "Jamaican manufacturers, on their own, to take on the Trinidad and Tobago manufacturers and the T&T government on the issue of subsidies ... or if JAMPRO is inclined to support the trading of subsidised goods from Trinidad to the detriment of our local manufacturers".

Mair, who was a state minister in the previous Jamaica Labour Party administration, argued that it is time for the Government to support local manufacturers and give strong consideration to imposing a special duty on manufactured goods out of Trinidad.

"Jamaica can level the playing field if T&T is not willing," declared Mair.