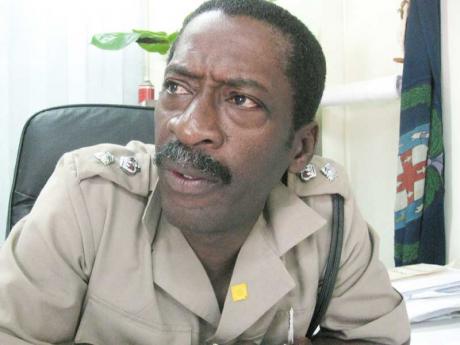 In a bid to prevent a number of serious crimes which have been committed against motorists at stop lights, the Ministry of Transport and Works is considering a system of 'flashing red lights' at select locations in Kingston and St Andrew.

Under the proposed anti-crime measure, between the hours of 1 a.m. and 5 a.m. each day, motorists approaching the lights will see the red flashing constantly.

This would be a signal that motorists should stop briefly to ensure that the way is clear and proceed through the intersection when it is safe to do so.

The anti-crime measure, requested by the police, will initially affect all stop lights in the heart of the country's capital - downtown Kingston.

The flashing red light initiative is the brainchild of Senior Superintendent of Police Radcliffe Lewis, who heads the Jamaica Constabulary Force's traffic division.

The idea was outlined in a missive Lewis sent to Earl Patterson, acting CEO of the National Works Agency, in March.

The letter was also copied to Dr Omar Davies, minister of transport and works, and Owen Ellington, commissioner of police.

"Police statistics have shown that over the years a number of serious crimes, including murder, shooting, robberies and carjacking have taken place at different locations in the Corporate Area when motorists are waiting at traffic lights for their signals during certain times of the early mornings," read a section of Lewis' letter.

"In addition to this, some motorists take their chance of going through the 'red light' because of fear for their lives, only to be caught and ticketed by the police for the offence of disobeying the red light which attracts six demerit points."

In an interview with The Sunday Gleaner, the straight-talking senior cop said it was unjust for motorists to be ticketed because they are trying to protect their lives and property by not sitting at the stop light in the wee hours of the morning.

"At that time of the morning, I personally believe that it is not fair," said Lewis.

The top traffic cop also noted that based on the possibility of crimes being committed against motorists at stop lights, he is strongly pushing the proposal.

In closing his letter, Lewis also argued that the flashing red lights system would assist the police greatly in their crime-fighting efforts.

The country's top traffic cop also asked that the matter be treated with urgency.

"We are well aware of the financial constraints of the country, but installation of these flashing red lights should be treated with urgency," he said.

The Sunday Gleaner has learnt the Davies has endorsed the suggestion.

Paula Fletcher, executive director of the National Road Safety Council, said her organisation will have to discuss the proposed anti-crime measure before making a pronouncement.

While Fletcher told our news team that she understood the rationale behind the proposed flashing red lights, she cautioned against it being abused.

The road-safety boss also said that the proposal must be viewed against the push to implement electronic surveillance designed to catch motorists who are breaking the speed limit and those who are running the red light.

Proposed locations for the introduction of flashing red lights: