The GEM inside - Children's pantomime start of three-year project 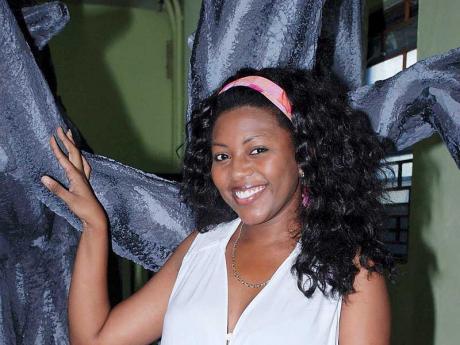 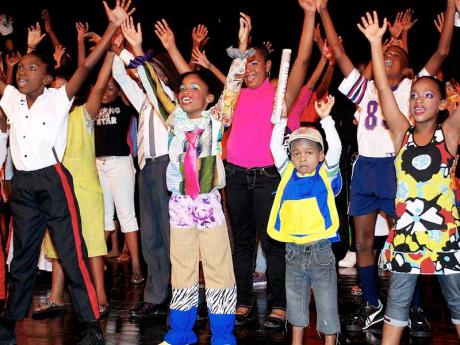 Children from four to 14 years old are part of the 71 strong cast of The GEM.-Colin Hamilton/Freelance Photographer 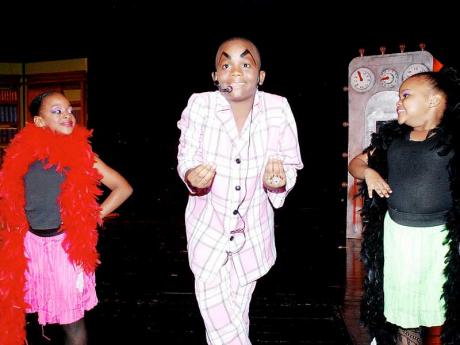 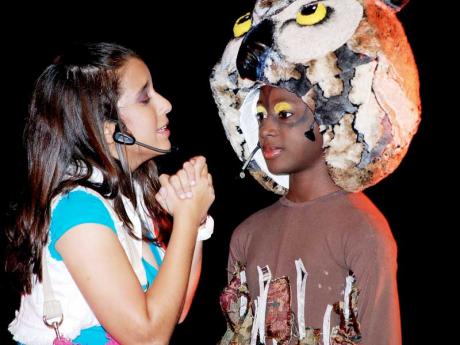 Beyond the song and dance, the time machine with twirling dials and cute child with folded Gleaner who opens the stage action, the smoke machine and cop costumes, very serious business is afoot at the Courtleigh Auditorium, New Kingston, during Child Month.

Four years before Jamaica celebrated its landmark 50th year of political independence, Kerine Miller wrote a children's pantomime to fill a void in entertainment for children in Jamaica (apart from JCDC and specifically children's movies what else is there, she asks). However, it is also the genesis of a three-year plan to expand on the values built into The GEM, the title of the production running on weekends this month.

Miller said GEM is an acronym for Greatness Exists in Me, the last, lasting lesson in the pantomime, in which the preppy Fiona (Rebecca Mahfood) and rude boy Chris (Dravid Reid), their accustomed social roles reversed as they travel back in time, hunt for the magical solution to Jamaica's problems. With the all-seeing Patoo (Eby Nelson) swooping through scenes and time, eventually they find that the solution lies within.

The cast comprises 71 children aged four to 14 years old, whittled down from over 200 hopefuls. With nearly a third of Jamaica's population under 14 years old, the hope is that the lessons of self-discovery will move from the stage to the streets - and the solutions found in fantasies of travel into the past will be concretised in real time in the future. And Miller has set three years to solidify her plans as the GEM Movement develops.

"We are preparing for the GEM Clubs to be in schools and there will be public service announcements (PSAs) by the children," Miller said, a magazine and TV show also in the works. While the audience is required to come to the Courtleigh for the pantomime, next year the production will go to the audience, as Miller plans to do a tour with a scaled-down production.

Whatever the stage and scale of the GEM Movement, the values remain the same - respect for self, others and authority, self-control, integrity, humility, love and realisation of one's power to make a difference.

Miller laughs as she says dealing with 71 children for a production is "rough; it is a lot of work". Still, she said "I have a pretty good team and generally the parents are very supportive". However, there are the eye-opening moments when the adults realise that "children go through a lot. They bring all that stress and frustration to rehearsal".

There are also the budget constraints. Although Jamaica Money Market Brokers is on board as major sponsor, with Grizzly's Productions, the Courtleigh Auditorium, TVJ and Quick Print Plus all giving strong support, Miller pointed to money woes. On the11th and 25th, there are school shows which are bound to have strong houses and Sagicor has also made a major commitment, Miller is looking back at a three-quarter filled house on Saturday and a smaller audience on Sunday of the opening weekend.

"Jamaica says we love children," Miller said, but when it comes to putting cash where the mouth is, there is a shortfall. "We did not get the sponsorship we wanted. We have a budget of $12 million. We need people to fill the house so we can recover most of our expenses," she said, even as she expresses doubt about the possibility of a break-even.

She has no doubt, though, about the long-term viability of the GEM message. "The GEM message comes out very strongly - greatness is in everybody," Miller said. And through children's involvement in the production, as audience or cast, "what they realise is they had the greatness in them from the start".

"You just need to shine up your gem," Miller said.

And that sheen is beneficial to child and country.