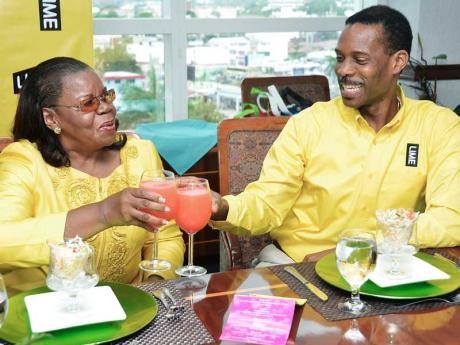 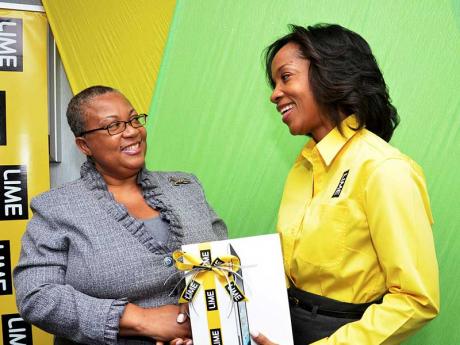 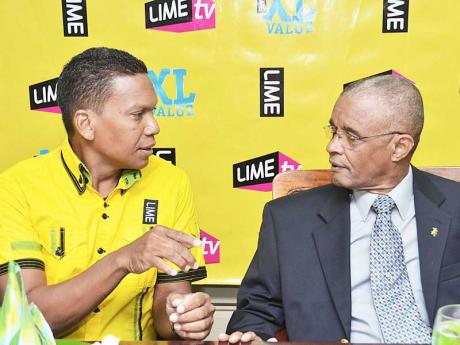 IT was like back to school for some of LIME's top executives. But in a good way. For Teachers' Day they said 'thank you' to a handful of their favourite teachers.

For LIME Chairman Chris Dehring, it was his former chemistry teacher Radley Reid. For Managing Director Garry Sinclair, it was his prep school teacher Hyacinth Bennett and for regional vice-president of marketing and corporate communications, Grace Silvera, it was Marlene Street-Forrest who taught her elocution in high school.

In honour of Teachers' Day, the three executives hosted a special luncheon for these special people who have shaped their lives and careers.

Dehring credits Reid as the one who "made school seem like it was something worthwhile". By his own admission Dehring says school was about football and cricket until Reid came into his life. In expressing his thanks, he told Reid "you were a big influence on my life even though you don't realise it because from there (chemistry class), I actually started to do schoolwork".

Sinclair remembers Bennett as "the disciplinarian who gave you a sense of right and wrong ... you walked on the straight and narrow when it came to Miss Bennett," he explained. He also spoke admirably about her work even after teaching, praising her for continuing to be "a role model for entrepreneurship, for just sticking to your guns for doing what you're passionate about and doing it all the way. She continued to be inspiration right through until this day".

Silvera was one of the fortunate few who sat under the tutelage of Marlene Street-Forrest for her two short years as a teacher. For her, Street-Forrest was her example of how to be a lady. "As females, we were taught how to sit and how to conduct ourselves. You made such a fantastic impact, the academics are important but the other forms of learning, which are not normally taught in schools, help to round us off. It just goes to show how much teachers are role models. When I was asked to share the stage with the world-renowned motivational speaker Alvin Day recently, it is the foundation that you laid that gave me the opportunity to do that, so I thank you once more," Silvera told her.

On behalf of the teachers, Reid noted, "We are exceedingly honoured, delighted, overjoyed, and certainly surprised that we had such influences on your lives."

"Everybody knows that teachers are not well paid; however, teachers are not paupers; I always add that. The greatest salary that a teacher could ever get is to see your students doing well. We certainly appreciate the fact that you could think of us in such a way and to show in a tangible way by inviting us to lunch and by making these presents to us and we are really grateful to you."