'Stakeholders were left with no alternative' 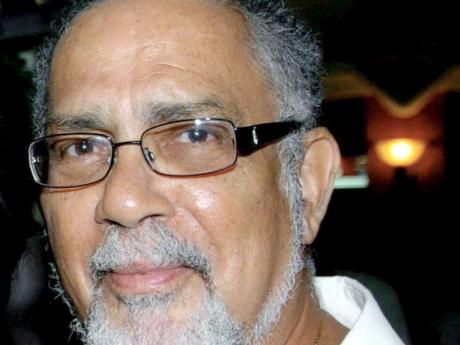 Hamilton ... president of the breeders' association.

President of the Thoroughbred Owners and Breeders' Association (TOBA), Howard Hamilton, said the stakeholders were left with no alternative but to prevent yesterday's race meet at Caymanas Park from taking place to get the attention of the Government.

This was a sharp response by the former champion owner to the move by minister without portfolio in the ministry of finance and planning, Horace Dalley, on Friday to reach some compromise with licensed bookmakers who had ceased sales on local racing since May 5 over a rights fees impasse with Caymanas Track Limited (CTL).

Approval has been given by the Jamaica Racing Commission to stage the race meet on Wednesday pending a meeting between Minister Dalley and the stakeholders - breeders, owners, trainers, farriers, grooms, jockeys and off-track betting association - tomorrow afternoon at 4.

Following Friday's meeting with the minister, eight licensed bookmakers decided to resume sales on local racing yesterday before the stakeholders carried out protest action of their own.

Hamilton used his motor vehicle to block the entrance to the Salix Centre at Caymanas Park yesterday morning, preventing horses declared to run on Lasix at the meet from getting their shots.

"It is most unfortunate that the stakeholders had to resort to the disruption of racing to get the attention of the minister with responsibility for racing," said Hamilton.

"There are a number of issues which have remained outstanding for far too long and the viability of the promoting company, CTL, has been seriously compromised. As such, I fully support the actions taken today," he added.

"Urgent attention to the divestment of the racetrack from Government's control must be a priority," concluded Hamilton.

Also commenting on yesterday's development at the island's only racetrack was Laurence Heffes, president of the Jamaica Racehorse Owners' Association.

"We had been trying to get a meeting with the relevant Minister for the past five weeks without success, yet the bookmakers were able to arrange a meeting with him in just over a week," noted Heffes.

"This is telling us that the bookmakers have more clout than we the stakeholders ... We are extremely concerned," he declared.

In a press release, yesterday, Dalley expressed "extreme disappointment in the unfortunate actions taken by racing stakeholders to withdraw their entries".

The release further stated that the stakeholders took the action in protest at a meeting the minister had with the bookmakers on Friday, May 11 to work out an arrangement for them to resume sales on local racing which had ceased for the race meets of May 5 and 9.

Dalley and representatives of eight licensed bookmaking companies had a meeting at Heroes Circle on Friday to address the issue of increased CTL rights for the use of its programme, dividends and odds.

At Friday's meeting, agreement was reached with the bookmakers in which they would resume sales on local racing at the old five per cent right fees pending another meeting in two weeks. This did not go over well with the stakeholders.