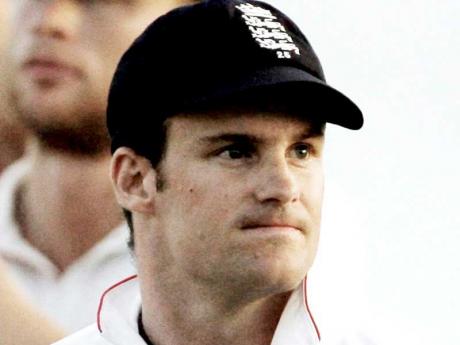 LONDON, England, (CMC):England coach Andy Flower has given out-of-form captain Andrew Strauss a vote of confidence on the eve of the announcement of the squad to face West Indies in the first Test at Lord's on Thursday.

Strauss has gone without a Test century in nearly two years and has struggled in recent weeks, with a highest score of 49 in six County Championship innings.

Flower, however, said batsmen had generally struggled in the seamer-friendly conditions on the County circuit recently and backed Strauss to come good in the three-Test series.

"Playing in these conditions is tough for the fellows and we have seen the quick bowlers - the seamer bowlers and swing bowlers - dominate the early season," Flower said.

"I am fully confident that Strauss will perform well in the Test series against the West Indies. I'm very confident, he's a fine cricketer and fine leader."

England are set to announce their 13-man squad this morning, with no real surprises expected.

There are fresh injury doubts over batsman Ravi Bopara, however, after he picked up a thigh muscle tear while playing for Essex yesterday and was forced to bat with a runner for close to an hour-and-a-half.

But England have available their feared top five of Strauss, Alistair Cook, Jonathan Trott, Kevin Pietersen and Ian Bell, along with their first choice attack led by seamer James Anderson.

"We are pretty clear about what our squad will be for the first Test. Of course, there are always variables and there is still a little way to go before the Test starts, but we're clear about what we want," Flower said.

The Zimbabwean, who has led England to the top of World cricket, said his side was looking forward to the West Indies series.

"It's always great to have the West Indies in England. There's such a great history between the two sides," he noted.