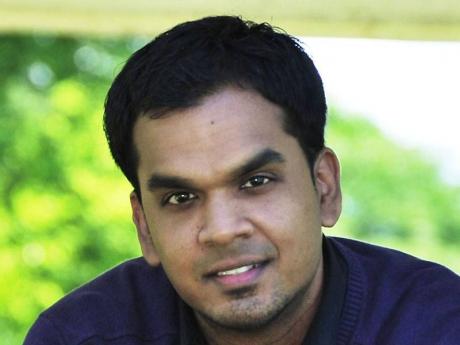 Here we go again. I had been sitting placidly in my car, motionless for a while, since the traffic lights at the intersection of Washington Boulevard and Molynes Road were taking forever to change back to green. An oval-headed fellow with shifty eyes walked up and sprayed soapy water on my windscreen. I stuck my head out the window and told him emphatically that I did not wish for him to clean my windscreen.

He shrugged me off, and said, "Yes, boss. Mi will teck care ah yuh, boss!" I was ignored. This went on for close to a minute; me telling him not to clean the windscreen and him telling me he would do it. We were like two parallel lines that never met. In the end, the lights changed and I drove off. Everyone's efforts amounted to nought.

It was in September 2010 that Senior Superintendent Radcliffe Lewis, the always sound bite-ready head of traffic, declared that he and his team would rid the streets of human windscreen wipers once and for all. Of course, there was some pushback, but the never-to-be-quieted Lewis insisted that he would not be moved. The windscreen wipers would have to surrender their squeegees come hell or high water.

Well, the anti-wiper crusade didn't last very long, and now things are just about back to where they were before the hubbub.

It appears it would require a lifelong commitment on the part of the cops to rid the streets of the windscreen wipers. In any event, we have not, as a society, decided whether we really want them gone. That debate continues.

What I've been thinking about is the practicality of the endeavour. Cleaning windscreens, I mean. Think about it. Why would I want to pay someone to wipe my windscreen? Surely they realise that just about every vehicle manufactured since the mid-1900s comes with factory-fitted windscreen wipers. It's just not logical to appoint yourself to a position that's already been filled. Times are hard, cash is precious. At least give me something I can use.

There are many unexplored options available that require little or no start-up capital. Have they ever considered, for instance, becoming intersection air-peddlers? They could wait at the intersections with manual air pumps and when a car pulls up they could offer to put some air in the tyres. Lord knows you can scarcely find a gas station with a working air pump these days. That would be really helpful.

Or, they could contemplate becoming roadside mood-lifters. This has the potential to revolutionise the roadways. When a car approaches, they could walk up and, for a fee, say something nice about the driver and passengers. "What a fine-looking forehead you have, lady," they could say. Or, "My, your bouffant hairdo sits regally atop your head like a giant beehive." Of course, they'd have to customise the compliments according to their clients, but the possibilities are endless.

Imagine you're on your way to make a big presentation at work. You're perplexed, worried that you'll mess everything up. But then, you get to an intersection and up walks a friendly fellow who says: "You can do it! You're a winner!" Your spirit immediately soars. You feel motivated, empowered, and ready to take on the world. That's got to be worth $30 to $35, at least.

Now, in the unlikely event that this is not an appealing option, they might take on the challenge of becoming real-time traffic advisers. The way I see it, lots of them already have cellphones, so they have all they need. What they would do is form a network of sorts - the group at the Half-Way Tree/Hope Road intersection linking with those at Hagley Park Road who in turn link with the fellows in Liguanea, and so on.

When motorists pull up to any intersection, they could simply summon one of these good chaps for news on the least congested roadways. The fellow would simply make a quick call and get real-time info on pile-ups and short cuts, then advise the motorist accordingly. Imagine the possibities!

The point is, in this tough economy, you've got to use your head. Old ideas won't cut it any longer. Let's wipe the slate clean and find a solution that benefits everyone.

Robert Lalah is assistant editor - features and author of the popular 'Roving with Lalah'. Email feedback to columns@gleanerjm.com and robert.lalah@gleanerjm.com.