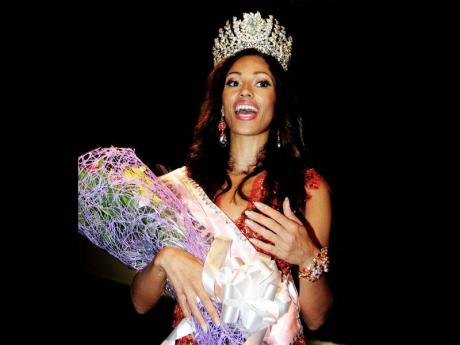 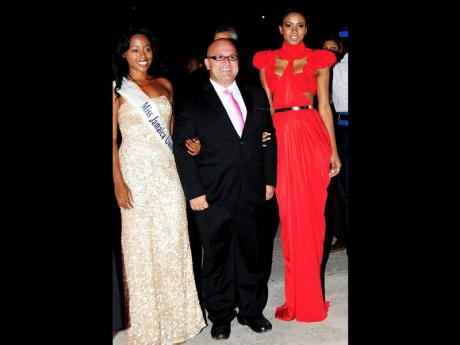 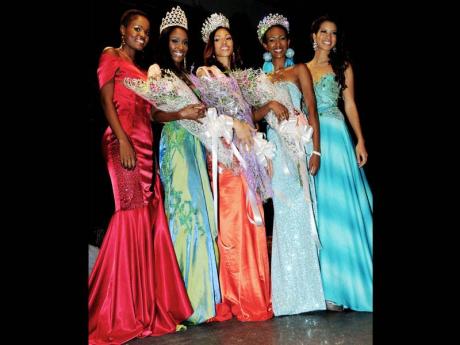 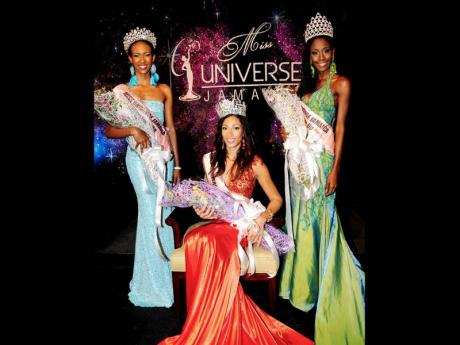 Though not without its problems, this year's staging of the Miss Universe Jamaica pageant represented a marked improvement when compared to the event's 2011 staging, as crowd favourite Chantal Zaky walked away with the coveted title.

Despite the scheduled 7 p.m. start time, there was hardly a full house, and it was not until 8 p.m. that a handful of persons started to stream inside. This may have been due to the fact that when patrons arrived, many were unsure where to proceed due to miscommunication between pageant officials and the security officers. Those that made it inside encountered more difficulties as ushers and security guards were at odds in deciding where persons with specific arm bands were to be seated.

Soon after, however, it was announced that the show would begin shortly as reigning Miss Universe, Leila Lopes, was on the outside. Hosts Kerie Ann 'Kiki' Lewis and Andrew Lawrence began the night's proceedings by informing the audience that Lopes was the fourth black woman to win the Miss Universe title.

Owner of the pageant franchise Dimitri Kosvogiannis, in his address to the audience informed them that the Miss Universe Jamaica was not a profitable business. The profit, he said, was gratification in promoting Brand Jamaica.

Hinting at the many mishaps last year, Kosvogiannis stated that the contestants this year were not privy to the questions that they would be asked. He also said that the judges were strategically selected from all aspects of society. The panel included Novia McDonald-Whyte, Deiwight Peters, Kenya Linton-George and state minister in the Ministry of Tourism and Entertainment, Damion Crawford.

The competition eventually hit high gear when the 16 Miss Universe Jamaica hopefuls made their way onto the stage for the swimwear competition.

Dancehall artiste Leftside entertained during the break with songs such as Want You Body and Tuck Een Yuh Belly. He also attempted to serenade the ladies in the audience with his cover of Chris Brown's hit single All Night.

After the ladies paraded their evening gowns, the judges deliberated on the top 10 finalists as another dancehall artiste, Chino, drew from his catalogue of hits and belted out songs such as Rough It Up, Driving Me Insane, Rich Tomorrow and Pon Yuh Head which found favour with the audience.

It was then time for the top 10 finalists to be unveiled, but after announcing the first six names, the hosts then had to wait on the judges to finish deliberating so that the other four names could be announced. The audience was left speechless when instead of a top ten, 11 names were announced, a first in the pageant's history.

Judge Deiwight Peters informed The Gleaner that this was not a mistake but was intentional. "Because the batch was so strong from the pre-judging, it was decided that there was a tie for two places, instead of dropping one, we decided to give an extra spot, so that's how the decision was made," he said.

While the top hopefuls waited on stage to be serenaded by artiste Chino, host Kiki informed the audience that Chino had another engagement and would be unable to serenade the finalists.

This was soon forgotten, however, as the audience sat in laughter and awe at the contestants fumbling answers for the all-important question segment of the competition.

The sectional prizes were up next with Sonya Stewart nabbing most congenial, the public vote went to Sherece Cowan, best body went to Chantal Zaky and Allyson Gayle grabbed most aware.

It was time for the winner to be announced, and the audience waited with bated breath for the announcement. Second runner up went to Sherece Cowan, first runner up was awarded to Racquel Jones and Chantal Zaky was crowned Miss Universe Jamaica 2012.

Kosvogiannis said that Zaky embodied what the competition was about.

"We are marking new territory for Miss Universe in Jamaica. We have a wonderful queen and I know she will do very well. We look forward to raising the bar even more next year," he told The Gleaner.

He went on to say that the franchise is focused on bringing Jamaica to the forefront and as a result, they decided to invite the reigning Miss Universe 2011 Leila Lopes to the island.

"It was an important step, in my opinion, to bring her here so we can give the pageant the value it deserves," he said.

Zaky said she was elated to be named the winner.

"I'm feeling great. I'm so honoured. It's a privilege. It's a huge year and I couldn't be more excited. I'm so happy, I can't even find the words," she said.