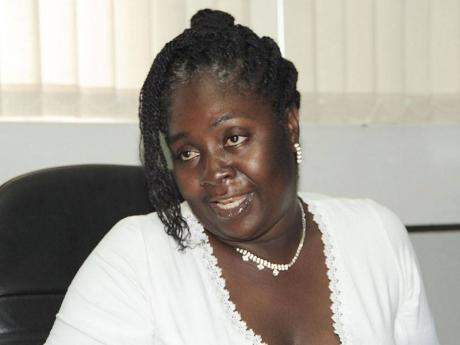 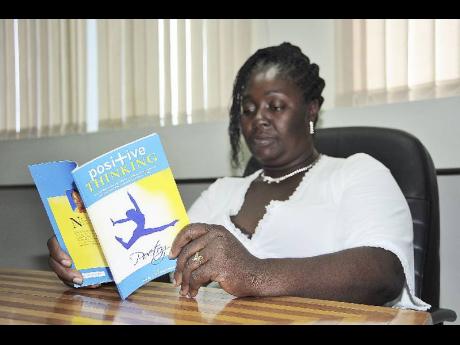 Nalda Lord-Campbell found her voice through writing. A security officer for over 12 years, Lord-Campbell has stumbled on many obstacles in her life.

She struggled to raise her children, armed with one CXC subject.

Her parents could afford little else. "We were poor but we were happy," she said, speaking highly of her beloved mother Nezereen Anderson, now deceased.

As a young woman fresh from the parish of Clarendon, she tried her hand as a live-in helper. However, she could not iron.

"The lady said you really couldn't tell a lie fi true, she really can't iron," Lord-Campbell recalled a former employer telling another of her employers. Lord-Campbell had finished a can of spray starch on one set of clothes and tucked the extra crispy, but still not totally wrinkle-free, clothes between better ironed pieces in the closet.

She recalled the whole incident with a laugh.

She sold in Kingston's Coronation Market and worked in factories in the Freezone. Most times she and her family would have to walk long distances to save money towards rent. But she always kept going.

Now in her 40s, with the encouragement of a friend, she decided to go back to school and successfully completed three CXC subjects. Then she moved on to completing a certificate from the University of the West Indies in social work.

But one of the most difficult obstacles is what she refers to as the incident. It started her writing.

Her husband, who she had been in a relationship with for over two decades before they got married, had moved to another parish to work and make a better life for their family.

"The original plan was for me to move down to the country when everything was settled in," she said, explaining that no job opportunities developed for her. "I don't know what went wrong but things just went haywire. He went outside the marriage," she said, hanging her head.

She started to pour out her feelings. It was a cathartic experience when she picked up a pen.

"Actually counsellors really weren't much help. I found writing much more beneficial than talking," she said.

Her first work was a novel named Picking up the Pieces, but she stopped mid-way and concentrated on writing her succinct poems.

The soft-spoken woman compiled a self-published collection of 31 poems called, Positive Thinking, which is available in select bookstores.

"Mostly you have a lot of my personal experience coming out in this book," she said. "Sometimes when I read I have to wonder if I wrote it," she said emphasising that it would have been impossible without those who support her, one of whom is her youngest son Keemo.

"Everything I wrote he read. He was advising me to paste them on the wall. He didn't have the idea of a book then, but he actually showed interest in what I was writing," she said. Other supportive persons include her friends, co-workers, her current boss at Boss Furniture Store, Emile Azan and members of her church.

Lord-Campbell eventually completed her novel Picking up the Pieces.

She admits that the pain of her husband's infidelity sometimes rears its head, but both are active members of their church, she was recently baptised and they are on their way to healing.

"I'm still in love with my husband," she said.

Lord-Campbell looks forward to helping persons through social work, she also hopes to go back to university and complete a degree in social work.