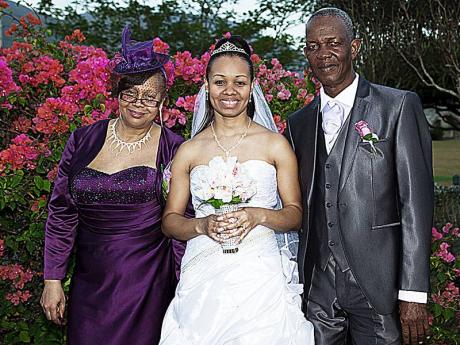 The bride with her parents, Marcia Forrester and Bencrosby Robinson. 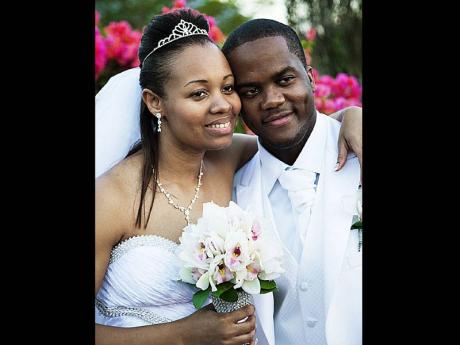 The happy couple who returned to the land of their birth to say their I dos. 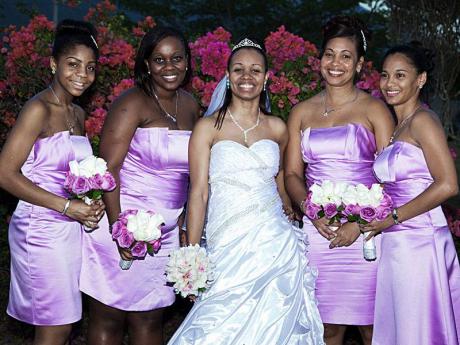 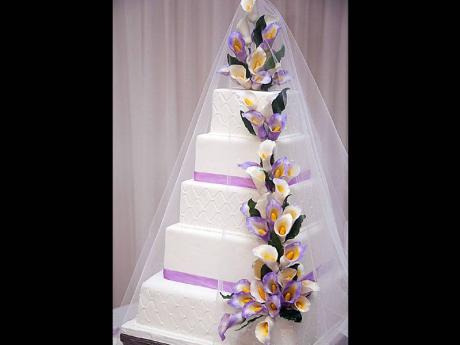 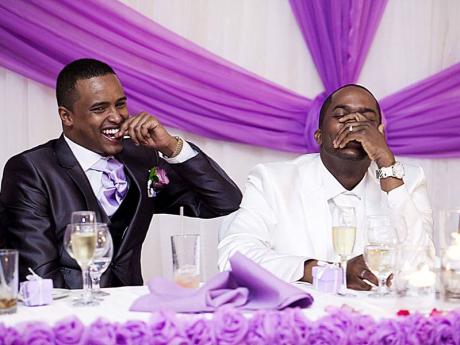 Something funny surely has the groom Shamar Clarke, and his bestman Guled Osman, in stitches.
1
2
3
4
5

They didn't know each other while living in Jamaica. However, since Shamar Clarke and Melisa Robinson met in the United Kingdom they have been inseparable. Shamar is originally from Kingston while Melisa hails from Falmouth in Trelawny. Both migrated to the United Kingdom as teenagers. They were introduced over the phone by a mutual friend Linda Ebigbo in February 2009, and met for the first time a month later.

Mid-air on a Virgin Atlantic flight to Jamaica, Shamar officially proposed to Melisa, nine days before the date of the nuptials. It took the couple three years together to decide on tying the knot.

Shamar is an administrative assistant at a medical office having completed his degree in business management at the University of Westminster.

Melisa currently works for LOCOG, the company responsible for the planning and management of the 2012 London Olympics.

The ceremony was held at the chapel of the University of the West Indies. It was officiated by the Reverend Trevor Edwards, lecturer at the United Theological College of the West Indies. The reception followed in the Venetian Suite at the Terra Nova All Suite hotel.

The decor was executed by All Wrapped Up featuring a calla lily motif which was reflected in the invitations and programmes in shades of lilac and white accentuated by yellow and lavender.

The couple has two children - Samantha and Sabrina Clarke.