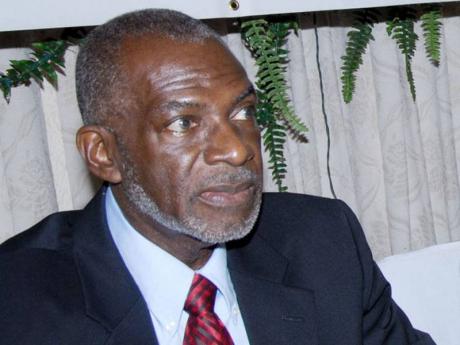 Renowned pollster and first vice-president of the Jamaica Olympic Association (JOA), Don Anderson, is cautioning fans against placing their expectations too high for another record medal haul at London 2012.

"(Beijing) is going to be very difficult to repeat," Anderson said, noting that public expectation for London is very high.

He was speaking at the First Global staff awards dinner at the Wyndham hotel in Kingston last Saturday night.

Anderson, while conceding that Jamaican athletes are still not doing too badly on the track, pointed to the ominous 'handwriting on the wall'.

"Have we reflected on what happened in the Penn Relays recently? The United States (US) won all six relays. Yesterday (Saturday) in the Diamond League, we were beaten in (both men's and women's) 100 metres, " Anderson said.

He noted that his uncertainty was also based on the fact that a number of countries, including the US, have reshaped their track-and-field programme and would be heading into the games with vengeance.

"We are running very well but guess what, a lot of the big countries in the world were particularly jealous of the fact that a little country with 2.8 million people could match strides with the United States for example, with (a population) of 250 million people," he said.

"Since Beijing, a lot of the big countries in the world where track and field is a big sport have sat down, retrospected and introspected and have come up with programmes that are going to try to cut the ground from under the Jamaican athletes' feet."

He said with this in mind, Jamaican athletes would have to approach the Olympics with the view that it will be Jamaica competing against the rest of the world.

"We are going to see Americans coming, and not just Carmelita Jeter, so it's going to be tough," he said

Anderson added that already the JOA was seeing signs that the expectation of the athletes is high in the United Kingdom (UK) diaspora and the rest of the world.

"We have several million Jamaicans living in London and, of course, people are going to come from everywhere. People are now thinking, 'The athletes are going to be in London, we can get them to a function' and everybody wants them to come to a function."

He added: "Already we have had to politely say to hundreds of people, there is no way you can have the athletes at your function.

"We are hard-pressed to tell persons in the UK that before the event and maybe right after the closing ceremony, we can have some of the athletes, but not during the Olympics. It is very difficult for some of them to understand this because everybody wants to be able to shake hands with (Usain) Bolt and the rest of the athletes, but that is to the detriment of their performance and we can't risk it."

In the meantime, Anderson said with the poor economic landscape that exists in Jamaica, financial institutions must now look at ways to tap into the earning power of sports.

"Sports is such big business that regardless of what happens in the Jamaican economy, we are going to have sportspersons who are going to make a lot of money," he said.