Privatisation must get under way 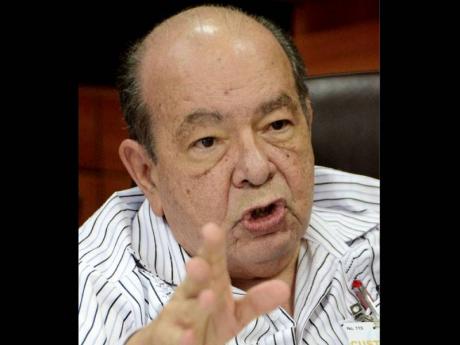 The Jamaica Chamber of Commerce (JCC) is calling for the Government to speed up plans for the privatisation of the 16 public-sector entities picked out for removal from government control under the Public Sector Master Rationalisation Plan.

The Patricia Sinclair McCalla-led public-sector modernisation team had selected the entities for privatisation in 2010.

Addressing a Gleaner Editors' Forum on Friday, JCC Vice President Francis Kennedy said that move would be the best way to boost the economy.

"The Government does not have any money to drive this economy. It is going to have to be driven by the private sector. That is where you are going to get the growth and employment from. You are not going to get it from the Government," he argued.

"The issue is how do we persuade the Government to surrender or to give up a lot of the entities that Patricia McCalla has identified that the Government should privatise."

Kennedy said the move would help the Government save money and also earn more revenue.

"These are the things that I think need to be done. We have to restructure our economy, the current model does not work," he said.

"That is what we are driving at and that includes promoting some of the privatisation of some of the manufacturing sector and there are quite a lot of agricultural entities that are either dormant or losing money or not being run properly and that could be done much better by the private sector," he added.

Kennedy criticised the economic model being utilised by the country, saying it would not bring about any good results.

The Public Sector Master Rationalisation Plan was tabled in Parliament as a Green Paper by Prime Minister Bruce Golding.

Some of the public institutions that were selected to be privatised under public-sector reform are Caymanas Track Limited, St Joseph's Hospital (as a public-private partnership), Wigton Windfarm, Petrojam Ethanol, Clarendon Alumina Production Limited, Parish Cemeteries and Wallenford Coffee.