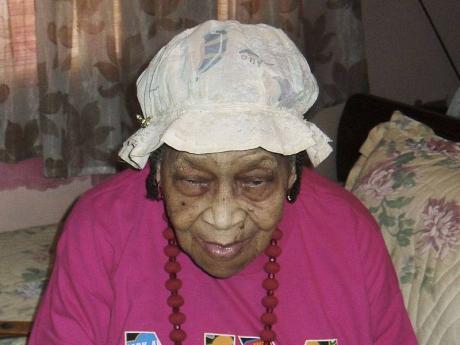 Miss Elma in a contemplative mood. 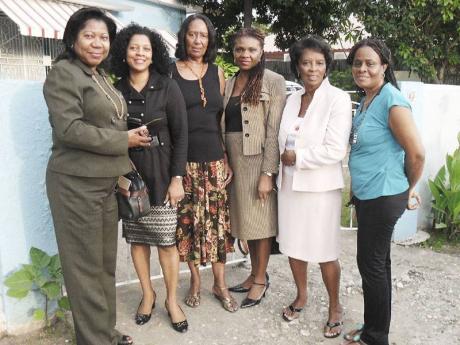 When Elma McKenzie turned 99 on Wednesday, May 9, she fully recognised that this was a one-time experience to be enjoyed, appreciated and celebrated.

It is not every day one meets a nonagenarian who has aged so gracefully, enjoys the company of others, has a witty tongue and possesses such a wonderful spirit, which endears her countless friends, neighbours and family towards her.

In a clear, strong voice, Miss Elma - as she is affectionately called - recalls that she was born in Marley Hill, Manchester, to a St Elizabethan mother who was a mere 13 years old. At age eight, she moved to Kingston and later migrated to England where she spent 15 years before settling in the United States of America for 35 years. She then decided to return to her homeland and presently resides in the Kingston 10 area.

McKenzie cherishes her biblical blessings and speaks highly of her three children who reside in the United States with her several grandchildren. She exudes an attitude of gratitude in all aspects of her life, forever wanting to share and give something back. Her appreciation for the kindness shown to her by those who care for and support her extends to a sense of obligation which comes naturally.

She refers to the members of the Kiwanis Club of New Kingston who visited with her as blessed and angels sent by the Almighty. She ignores her maladies, insists that all her neighbours and friends join in the birthday festivities and sing and pray with her. Her endless prayers are reassuring. Her smile is warm and so is her heart. She calls her humbly abode her paradise and declares it as adequate. She eats simply, existing on a diet of mostly chicken, fruits and vegetables, and much prefers to drink than to eat.

No matter what, a touch of her favourite cologne must be part of her morning routine. She remains stylish despite the fact that she no longer has the physical strength or desire to venture outside the confines of her home.

Seven members of the Kiwanis Club of New Kingston (Human & Spiritual Values Committee) who celebrated with Mrs McKenzie were inspired by her generosity of spirit and selfless living.