Assamba on the UK, diaspora 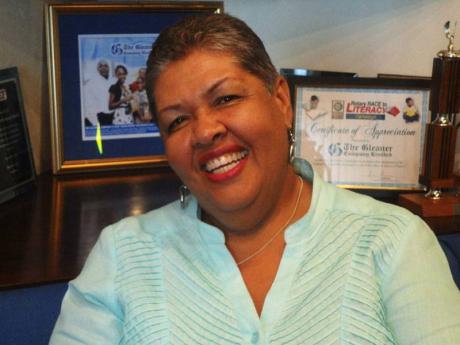 Jamaica's High Commissioner-Designate Aloun Assamba was last week said to be Jamaica's first female to hold that post but she is not the first, we apologise for the error. - photo by Martin Baxter

A major focus for Jamaica's High Commissioner-designate to the United Kingston, Aloun Assamba, will be to strengthen and maintain bilateral arrangements between the host country and Jamaica. But right off the bat, when she takes up duties in a few weeks, Assamba will be participating in the third biennial Jamaican Diaspora UK (JDUK) Conference on Diaspora Day, Saturday, June 16, in London. Some 800 participants are expected to attend.

In an interview with The Gleaner, Assamba said the conference will give her an opportunity to hear the goals and aspirations as well as give her ideas as to how to help improve the lot of our people in the U.K.

"I don't believe in doing things for people. I believe in doing things with people," she said, stating that for too long the diaspora has been seen primarily as people who send remittances home. She said that in moving to change that, it is hoped that opportunities will be identified for them to explore economic and investment opportunities in Jamaica.

She will adopt a three-pronged approach: First, Assamba will work with Jamaicans in the UK to see how Jamaica can harness some of the substantial funds available in the hands of wealthy and successful members of the diaspora for investment opportunities in Jamaica.

Secondly, she will be identifying the second- and third-generation Jamaicans and try to mobilise them into feeling like potential Jamaican citizens.

"They have a right to feel connected to their rich heritage too. They should learn about it and not feel a sense of rootlessness, but a sense of entitlement to the wealth of those roots."

The third group of her focus will comprise Jamaicans who have had trouble with the law and cause Jamaica to be negatively identified globally.

"I am not saying I can solve their problems, but I will see how my intervention can help to change some of those perceptions they have left behind."

All this is against the background of existing bilateral agreements and ongoing discussions regarding repatriating Jamaicans who have run afoul of the law, since Britain has to foot the bill to keep them in prison.

"This is an area that will require some attention," Assamba said.