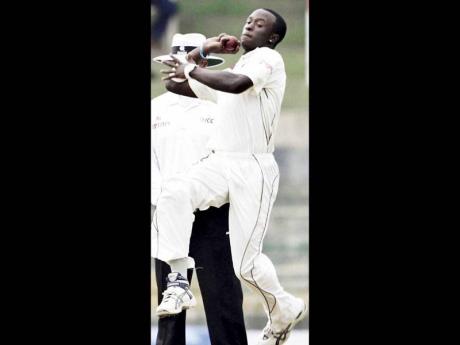 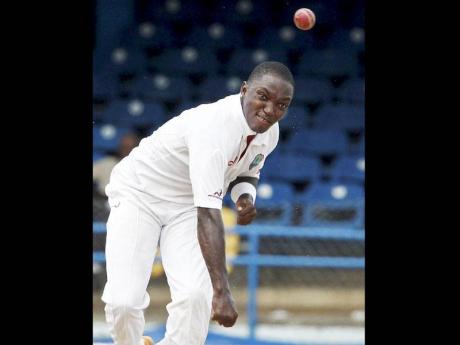 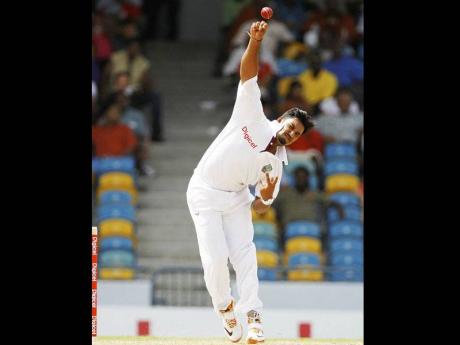 West Indies suffered a crushing 10-wicket defeat to England Lions yesterday, just four days ahead of their clash with World number one England in the opening Test at Lord's.

Without the full services of their three-pronged pace attack, West Indies struggled to make any inroads and the Lions easily wiped off the 197 set for victory before tea on the final day of the four-day tour match at Wantage Road.

Speedster Kemar Roach, who twisted an ankle earlier in the game and then sustained a blow to his hand while batting earlier in the day, did not bowl a single over while fellow pacers Fidel Edwards and Ravi Rampaul sent down just 10 overs between them.

Rampaul left the field after bowling just four overs and even when he returned, was not used as a bowling option.

Edwards has struggled with injury in recent weeks and sat out the opening tour match against Sussex last weekend in Hove.

A West Indies team official said all three players were expected to be fit for the Lord's Test, however.

With the Windies resorting to off-spinners Shane Shillingford and Marlon Samuels as their frontline attack and Darren Bravo as support with his unpractised medium pace, Joe Root grabbed the opportunity to stroke his second first-class hundred - an unbeaten 115.

His partner Michael Carnberry hit an unbeaten 72 as the Lions encountered little difficulty against the depleted Windies attack.

Earlier, West Indies were dismissed for 390 after resuming the day on 377 for eight.

Denesh Ramdin added just two to his overnight 31 before departing in the day's fourth over and Rampaul lasted just 16 balls before becoming seamer Matt Coles' second wicket of the morning. Coles finished with four for 76.

Root and Carberry then set about their run chase with some flourish, reaching 61 without loss at lunch before accelerating afterward.

Carberry, meanwhile, batted 153 balls in the same amount of time at the crease, and counted 10 fours.