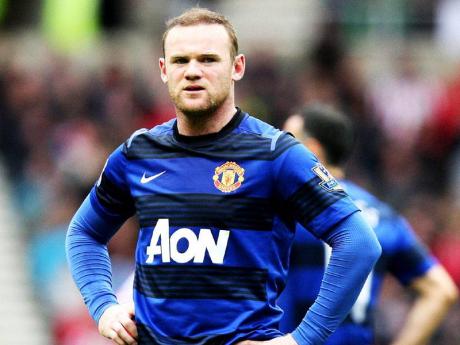 Manchester United's Wayne Rooney stands dejected after losing the English Premier League title at the end of their match against Sunderland at the Stadium of Light, Sunderland, England, yesterday. - AP

Arsenal sealed third place in the Premier League and a guaranteed spot in next season's Champions League as a pair of blunders by goalkeeper Marton Fulop sealed a 3-2 victory at West Bromwich Albion yesterday.

A mistake from Fulop, only in the side because of an injury to Ben Foster, allowed Yossi Benayoun to hand the Gunners an early lead, but the Baggies responded with goals from Shane Long and Graham Dorrans.

Andre Santos' strike shortly before half-time pulled Arsene Wenger's side level and Laurent Koscielny capitalised on another Fulop error to earn the most slender of victories in a pulsating final-day encounter.

The win ensured Arsenal held on to third, a place and a point above north London rivals Tottenham, who now face a tense wait to see if Chelsea win next weekend's Champions League final against Bayern Munich - which would rob Spurs of a spot in Europe's elite club competition.

It was a disappointing end to a superb 16-month spell with the Baggies for boss Roy Hodgson, who expressed his gratitude to fans in his programme notes as he now turns his attention to leading England into Euro 2012.

Bolton relegated after draw at Stoke

Bolton Wanderers were relegated from the English Premier League after a 2-2 draw against Stoke ended their 11-year stay in the top-flight.

Owen Coyle's side needed a victory at the Britannia Stadium and a QPR defeat against Manchester City to climb out of the bottom three on the final day of the season.

But they were unable to complete their half of the job and a painful campaign, marred by Fabrice Muamba's cardiac arrest and serious injuries to key players, ended with the cruellest blow of all.

With QPR beaten by two late City goals, Wanderers would have survived if they had held on to a 2-1 half-time lead secured by goals from Mark Davies and Kevin Davies after Jonathan Walters put the hosts ahead.

But Walters equalised from the penalty spot 13 minutes from time and Bolton couldn't find a winner as they sunk into the Championship, finishing third from bottom and one point behind QPR.