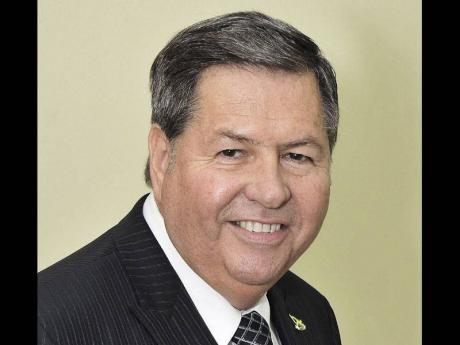 Brian Pengelley, president of The Jamaica Manufacturers' Association. The association has called on government to do more to protect the local industry from Trinidad's producers. - File

President of the Trinidad & Tobago Manufacturers Association (TTMA), Dominic Hadeed, Monday called on local businesses to "bury the hatchet" with their Jamaican counterparts.

Jamaican businesses have complained in the past of an unfair advantage given to Trinidad & Tobago manufacturers, who are able to sell their products at a cheaper rate because of various subsidies given by various administrations in Port-of -Spain.

Jamaican maufacturers have complained that they are at a disadvantage to their Trinidadian counterparts, who get strong support from their government.

Trade figures between both countries show that Port-of-Spain accounts for most of the nearly US$1.2 billion trade deficit between Jamaica and the wider Caribbean community.

Speaking at the two-day Caribbean Investment Forum (CIF), Hadeed said a Trinidad & Tobago delegation had travelled to Jamaica recently and met with that country's Trade and Investment Minister Anthony Hylton.

"I think a lot was achieved in putting aside, or clearing up misunderstandings as to what both countries, Jamaica and Trinidad & Tobago, think of each other (and) understand where our strengths are to support each other," he said.

"I think coming out of that couple weeks ago, straight into this CIF and TIC (Trade and Investment Conference), is a good thing," he added.

Hadeed said that "so a lot of the people around here do not take this lightly. This is the most genuine and I think most closest attempt we have ever got to actually getting traction going and I do not think we should waste it."

He told the conference that while regional governments were seeking to sign trade agreements around the world, it was left to the private sector to make them a reality.

"I know there is a big delegation coming from Jamaica as well that the TTMA has made space available for them free of charge ... because we want to engage with Jamaica better" the president said.

"I think that is the important out take and what the government is doing here today is that they are bringing us together but they cannot put the stuff in our mouth and make us swallow," he said.

"It is up to the private sector to take the opportunity," said the president, adding "once these things are signed it is still up to us to get out there and go out there and do it.