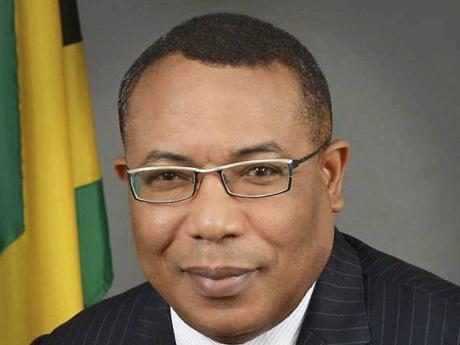 Assistant Secretary General of the Organization of American States (OAS) Albert Ramdin said the Caribbean needed to take advantage of trading and investment links with Central America with a market of more than 60 million.

He said that OAS, recognising that property and economic wealth were created by business companies and not "so much directly by governments", has been trying to link businesses from different countries.

"In that respect, tomorrow (Tuesday) a closed door session will take place bringing together the CEOs of the Caribbean and Central America. This will be the second one but this is a concrete example of how you bring businesses together to discuss trade, investment opportunities and there are a lot of opportunities in Central America, a market of 60 million." Ramdin said.

Ramdin said a report will be circulated at the meeting indicating the opportunities and challenges of doing business between the two regions.

"There are a lot of opportunities but they need to be facilitated, information should be out there and I hope that by bringing businesses together that will work," he said.

Earlier, Trinidad & Tobago Trade and Industry Minister Stephen Cadiz told delegates that as the region moved into non-traditional markets, the Kamla Persad Bissessar government would continue to embrace the policy of free trade and liberalisation as an avenue to engage regional and international markets.

He said Port-of-Spain is now finalising partial-scope agreements with Panama and have commenced similar negotiations with Guatemala.

"In other words, we are widening the market opportunities beyond regional and traditional markets, a prerequisite for economic survival and growth," he said, noting businesses are realising if they have an outstanding product or service, they don't have to restrict themselves to one market."

"Wooing investors and creating business is more than a matter of marketing our resources. It is equally about building human relationships and creating goodwill and this is best demonstrated in face-to-face encounters (and that is) why Trinidad & Tobago has been targeting overseas trade missions aimed at creating new business opportunities," Cadiz said.

He said expanded markets would create increased employment as well as sustain the local economies, with his Jamaican counterpart Anthony Hylton reminding that "apart from knowing your market, standards are very, very critical.

"And I think the standards in various areas, in the packaging and presentation and obviously your competitiveness, are keys to it," Hylton added.

The CIF, organised by the Trinidad & Tobago government, brings together more than 500 businesspeople and ministers for two days of high-level talks and information sharing.