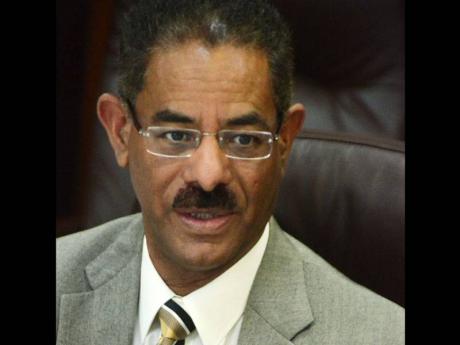 Warren McDonald... I think we all understand that there is need for sacrifice, but I think people won't buy into it unless they understand the reasoning behind it. - Rudolph Brown/Photographer

The Jamaica Chamber of Commerce (JCC) says a lack of coherence in certain areas of government has been stifling growth of the country's economy.

For the members of the group, which represents the country's business persons, Prime Minister Portia Simpson Miller should take the lead role in fixing the weaknesses.

Speaking during a Gleaner Editors' Forum last Friday at the newspaper's North Street, central Kingston offices, JCC President Milton Samuda said there needs to be cohesive policies in the national Budget that will take the country forward.

"One of the things that would ensure a great degree of success in the Budget is certainly for the members of the governing party to come out with one story," McDonald said.

"I think what is necessary is for a sort of public relations operation explaining to the people the reason for what they are doing. I think we all understand that there is need for sacrifice but I think people won't buy into it unless they understand the reasoning behind it and the first step is to have the governing party speaking about it."

McDonald said this was affecting the level of contribution from persons in the public.

"I get a sense that there is not a 100 per cent support for things (in Government). You get the feeling that there is maybe some difference of opinion on certain aspects and I think the first step is for unity, so people across Jamaica can join and support the whole thing because it is necessary," he said.

McDonald added: "When there are public addresses by senior government officials, they should come out with such a programme to try and convey to the public that this thing is necessary and the reason we are doing this is... we can't leave it up to the Ministry of Finance."

Samuda said Simpson Miller would be the most suitable person to make the changes, "not only because she is the leader, but also she is the best person to take the message of believable form to the mass of the populace who already feel that they constantly make sacrifices and others don't."

On the other hand, McDonald spoke out against the things governing the way businesses operate, indicating that the system is disorganised.

He said there needs to be a standardised system that governs businesses.

"But how do we know that you are in breach? I think it needs to be standardised so that a company, more so a new company, is able to determine what it is that is required ... . Right now it doesn't exist."