Help! My son is a bleaching boy 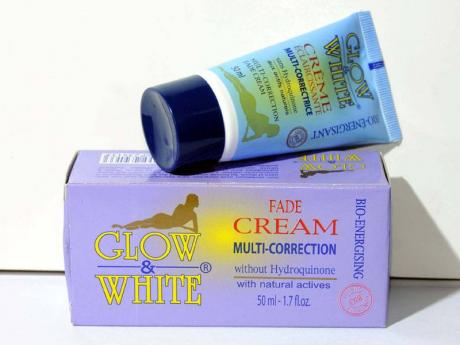 My 15-year-old son has been skin bleaching for a year now. He uses bleaching cream daily. He looks awful. My wife and I are worried over his health and the image he is portraying. We grew our children to be proud Jamaicans and he is the only one of the four kids to be displaying this behaviour. He is not listening to us. He claims that he wants to be a disc jockey and wants to party on weekends. He has other friends who are bleaching and they seem to have great influence on him. I want to kick him out of the house but his mother is always begging for him although she is against the bleaching. I am at my wits end, not knowing what to do. He is an embarrassment to me. Sometimes seeing him makes my skin crawl. How can I cope and how can I get him to stop bleaching?

For you to cope you need to follow your wife's example of being opposed to him bleaching while not threatening to kick him out of the house while he is still in school. And look at the bright side. He is not on drugs and he is not violent.

It could be that he is being unduly influenced by his peers. And in responding to peer pressure he has taken on this lifestyle fashion of being a bleaching boy. If it is a fad then he will grow out of it. However, if he feels it is necessary for him to bleach in order to succeed in life or to succeed in the entertainment business then it could be a career move and might be more difficult to change him from the path of bleaching.

There are some persons who believe that in order to advance in society one has to have a lighter hue because "white is right and black stays back". This mentality is hard to eradicate if it is the mindset of your son. And worse, if he feels that the colour of his skin is a more important determinant than the content of his character for his advancement. Perhaps you should educate him about the achievements of persons of African origin. Let him know of the heroic struggles of our national heroes, against great odds, who were proud of things indigenous and African. If his bleaching is a sign of self-hate then educating him about his race might help. If bleaching is a sign of having an identity issue then educating him about strong and capable Jamaicans could help him.

You should not blame yourself for the lifestyle choice of your son. In any case the other three children are not following that pathway. And definitely, do not blame your wife by thinking that she is too soft on the child. Throwing your son out of the house would not necessarily stop him from bleaching and it might lead to more socially deviant behaviour.

A cry for help

It could also be that your son is crying out for attention in a home of six persons. Try being more understanding of his ways. Talk to him more about his goals, ambition, hurts and struggles. And remind him that no matter what he will always be your son and you will never stop loving him or helping him to be the best he can be. Tell him that your dislike for his bleaching does not mean dislike for him.

You have a serious aversion to his bleaching, so much so that it makes your skin crawl. Perhaps this is more in your mind because you dislike what bleaching represents to you. You need to accept even a discoloured skin or disfigured person. It does not mean your son is a lesser person. He is still made in the image of God and has the ability to display good values and attitudes.

But at all cost, accept him and love him even while you detest his lifestyle choice.