No decision yet - But CTL chairman optimistic racing will resume tomorrow 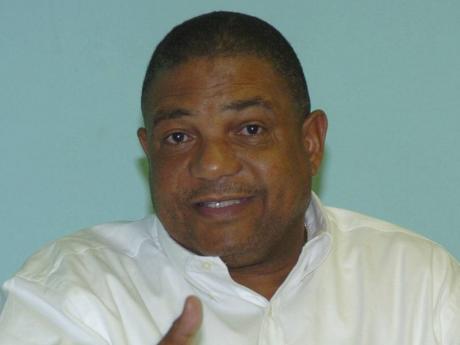 The chairman of Caymanas Track Limited (CTL), Joseph A. Matalon, is to meet with the licensed bookmakers today to ensure the resumption of racing at Caymanas Park tomorrow, saying he was optimistic that certain conditions will be met.

Matalon was among stakeholders who met with Minister without Portfolio in the Ministry of Finance and Planning, Horace Dalley, at a four-hour meeting, which at times was stormy, at late evening at Heroes' Circle yesterday.

The meeting was arranged by the minister after disgruntled stakeholders (owners, trainers, jockeys, grooms, breeders, farriers and OTB associations) took protest action at Caymanas Park on Saturday over CTL's rights fees issue with the bookmakers, resulting in the shutdown of racing at the park on the day.

It was the consensus among stakeholders that Saturday's postponed race meet will take place tomorrow.

"I will be negotiating with the bookmakers tomorrow and looking ahead, we have some work to do. But I am optimistic we can find common ground and I'm really optimistic," said Matalon.

Dalley said consensus was reached at the meeting that the status quo would remain, but he had every confidence that all stakeholders, including the bookmakers, will have the matter resolved at a proposed summit in two week's time.

"We can't roll back the fees that were imposed, but there is room for discussion on the way forward," said Dalley, who was quick to add that the licensed bookmakers have appealed the hike in rights fees as recommended by the Muir Mediation Report.

In the meantime, the seven per cent rights fees effective from January will remain, but an undertaking was given that the retroactive clause will be renegotiated.