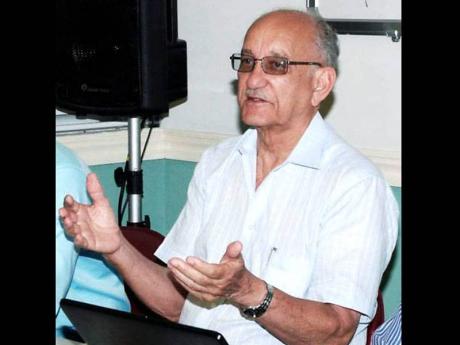 With the Monaco Diamond League meet scheduled to take place on July 20, days before the start of the London Olympic Games and in the middle of the Jamaica Olympic Association's (JOA) pre-Olympics camp in Birmingham, JOA president Mike Fennell has made it clear that there will be no issues or conflict ahead of this summer's Games.

The bulk of the Jamaican delegation will take up residence at the University of Birmingham on July 15 and stay there for 10 days before travelling southeast on the morning of July 26 to London.

However, with a number of Jamaicans on the schedule to compete in Monaco and other cities across Europe during the camp, Fennell assured that there should not be any issues facilitating the athletes.

He also advised that everything is in place for the camp, but warned Jamaicans living in Birmingham that the athletes may not be as accessible as some may have hoped.

"During the time of the camp we are also discussing the requests that have been received so far for some athletes to go and participate in meets across Europe, particularly in Monaco and this is understood and will be favourably considered," Fennell pointed out.

"Of course, when the team is selected then we will know better as to who is committed to those meets and what requests have to be entertained, but between the JAAA and ourselves we have discussed this and believe that it is something that ought to be supported and encouraged.

"All the arrangements are coming into place very well now," Fennell added. "They have resurfaced the running track and all the supporting facilities such as the exercise gymnasium and everything else for medical support will be in place and they will ensure that the welfare of the team is well looked after."

Fennell noted that the management unit will use the camp to ensure that there is complete focus among the athletes ahead of the Games.

"One of our concerns is the interest of the Jamaican community in Birmingham who all want to see and entertain the athletes and at this time we have to ensure that there is a complete focus on their competing at the Olympic Games and not so much about socialising," Fennell pointed out.

Jamaica will also have representation in the tae kwon do event after Kenneth Edwards' qualification, while equestrian Samantha Albert will in fact compete after receiving financial assistance from the JOA and other sponsors.

Albert had indicated that she was having difficulty meeting the expenses associated with competing at the Games but has since been helped along the way.

Meanwhile, badminton player Charles Pyne is on a standby list for the Games, but it would take a lot of withdrawals from already qualified players for him to participate, while two swimmers and a female boxer are still engaged in their respective qualification efforts.