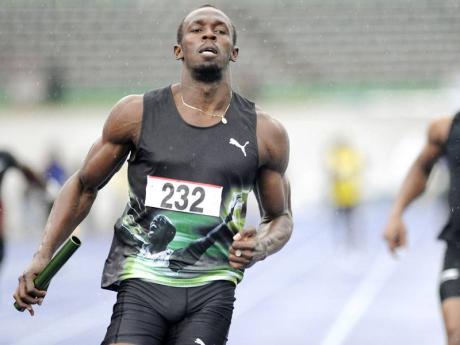 Bolt, also the world record holder over the 100 and 200m, kicked off his season on home soil last week, winning the JN Jamaica International Invitational in a world-leading 9.82 seconds.

He is scheduled to run the 100m in Ostrava, Czech Republic, on May 25, and will also race the 100m at the Diamond League meetings in Rome on May 31 and Oslo on June 7.

His final race before the July 27-August 12 London Olympic Games will be over 200m at the Monaco Diamond League meeting on July 20.

"Zurich is often called the one-day Olympics and I expect this year to be a very special meeting 18 days after the London Games," said Bolt.

It will be the Jamaican's fifth appearance at Zurich, having placed second in the 200m in 2006 and 2007 before going on to win the 100m in 2008 and 2009, the latter two victories having come on the heels of winning Olympic and World gold, respectively.

"Usain is the most popular track and field star of the millennium. We are delighted to have him back in Zurich," said meeting director Patrick Magyar.

"2012 will be a very special edition of our meeting. Zurich will be held 18 days after the Olympic Games - an ideal date in the outdoor competition calendar. This will help us present high-level fields in all our events."