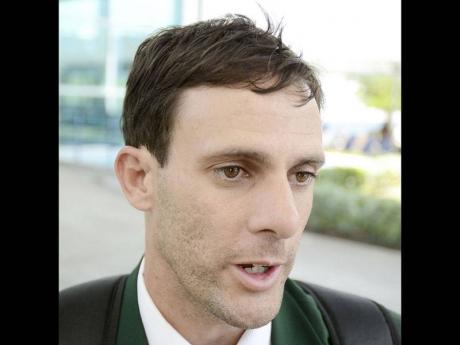 Brendan Nash has joined the list of senior West Indian cricketers to hit out against the West Indies Cricket Board for the way it handles the regional game.

Nash, who has represented the West Indies in 21 Tests and nine one-day internationals, in joining Chris Gayle, Shivnarine Chanderpaul and Ramnaresh Sarwan, said the way the game is structured in the region is designed for players to fail.

"Looking back on my five years in West Indies cricket it is a structure that is designed to make you fail," he said in an interview with theaustralian.com.au.

"Trinidad has a strong local set-up, largely because they have oil money and a lot of good players, but they think their way is the right way.

"Barbados are passionate about their cricket and proud of their history, but that has made them a little stubborn and arrogant," he added.

According to the 34-year-old, who has played first-class cricket in Australia and England, these, among other factors, all add up to West Indies cricket being stagnant and not achieving its desired outcome.

He said one example of this is evidenced by the duty of West Indies coach Ottis Gibson, who he says has a difficult time building a team because of a variance in cricket culture in regional territories.

"Ottis Gibson (West Indies coach) may try to create his own culture and coaching methods, but they don't get passed down," said Nash.

This, he says, results in players coming into the West Indies squad doing things differently than they do in their territories.

The Australian-born Nash, whose father is Jamaican, was dropped from the West Indies team last June due to a drop in form and has not been selected for subsequent tours of Bangladesh and India, or the recent home series against Australia.

He was also critical of the selection process.

"The hardest thing in West Indies cricket is the lack of transparency," he continued.

"I think I speak for a lot of guys when I say they are unsure what they need to do and why some people are selected, whether they are just from the right island, or what.

"I'm not sure where I am, but I made it clear I'm still available when I asked for a No Objection Certificate to represent Kent," Nash pointed out.

"Some guys might not have scored the runs to warrant selection, but maybe the West Indies see them as the future, and hope they will feed off Shiv Chanderpaul's experience. I feel I still have role to play."

The left-hander, who has a Test average of 33.42 and has scored two centuries and eight half centuries, made 205 not out against Guyana to end the recently concluded regional four-day tournament with the highest individual score.

He was also third on the list of highest averages with 63.50 from five matches, behind Chris Gayle 83.50 from one and Shivnarine Chanderpaul 135 from three.

Having completed the minimum quota of half of the amount of seasonal matches to be eligible for selection, Nash moved on to England to represent Kent in county cricket.

He was, however, left out the West Indies squad once again despite being in good form, having scored 256 runs at an average of 85.33 in four matches - including an unbeaten 132.

The West Indies, while on tour, will play three Tests, the first of which starts on Thursday, three one-day internationals and a one-off Twenty20 International.