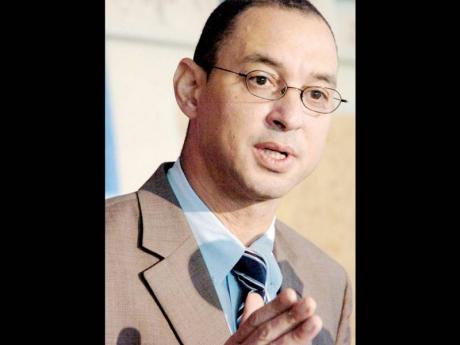 Food and financial services conglomerate GraceKennedy Limited is holding to plans to grow its international markets, with Africa as a prime target, but acknowledged to investors on Monday that a new US law and a growing penchant by local con men to scam foreigners could weigh on the company.

GK also warned that compliance with the Foreign Account Tax Compliance Act (FATCA) will be costly, though the company did not disclose the extent of its exposure.

The Caribbean accounts for 72 per cent of group revenues, North America 12 per cent, Europe at 14 per cent and Africa under one per cent.

"You recognise from those numbers that there is (opportunity) for our concerted strategy in the Africa region," said Don Wehby, group chief executive Monday during an online investors conference to announce GK's first-quarter earnings.

"Ghana's growing at 13 per cent and we believe this provides a great opportunity for juices and canned meats," he said.

GraceKennedy has long announced its goal of structuring its geographic markets to start earning 50 per cent of revenue outside Jamaica by year 2020.

Mike Ranglin, chief executive officer of Grace Foods Limited, said that Ghana provided the perfect market from which to launch its Africa strategy.

"We are going after deep penetration rather than a number of countries. We will start off by our beverages and introduce others. We are studying other regions but the focus is on Ghana," said Ranglin.

The US Government plans to enact by January 2012 a measure to catch tax dodgers called FATCA. It requires financial houses outside the US to report to the Internal Revenue Service on the foreign holdings of US residents and green card holders.

"Main impact is on banking and investment subsidiaries. We will work with regulators to understand the implications," said Courtney Campbell, chief executive officer of GK Financial Group.

"The first step will be to understand which customers do qualify as US persons and take steps to disclose their information, but we have an obligation to inform our customers and get their permission. We are not alone in this. Jamaica is not the only country facing this at this time. It will mean increased compliance and it will come with additional cost," said Campbell.

Non-compliance with FATCA will result in the US authorities withholding 30 per cent of cross-border flows, including gross asset sale proceeds, should any account holder or foreign financial institution not comply.

GK was pleased with the performance of the remittance and bill payment services division, but acknowledged that the lottery scam created concern.

"That scam is something of great concern to us and our partners. We have offered full cooperation with authorities. We have implemented some measures over the period. We don't know the extent to which it is impacting on our business. It is inconveniencing our genuine customers. And of course it is a big source of crime and violence," said Campbell.

Wehby added: "We are taking the lotto scam seriously and had meeting to make sure we are all aligned. It's not just a danger to remittances but to our country."

The scams are estimated to have fleeced J$2.5 billion (US$30m) from victims in 2008 alone, according to a diplomatic cable sent from the US Embassy in Kingston on January 6, 2009 to senior operatives in Washington, DC.