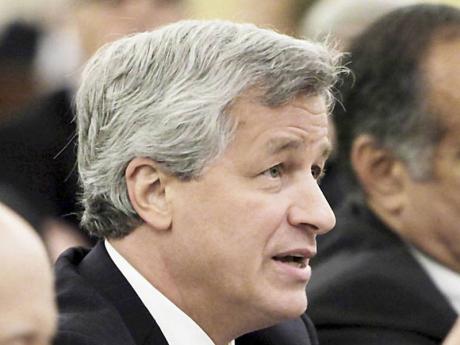 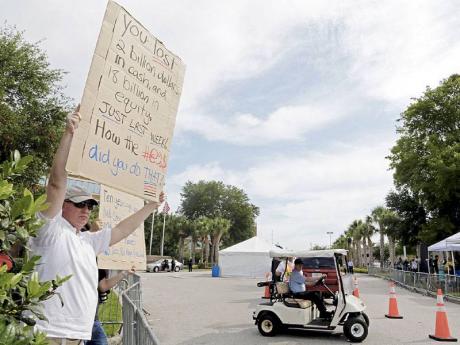 The CEO of JPMorgan Chase survived a shareholder push Tuesday to strip him of the title of chairman of the board, five days after he disclosed a US$2 billion trading loss by the bank.

CEO Jamie Dimon also won a shareholder endorsement of his pay package from last year, which totalled US$23 million, according to an Associated Press analysis of regulatory filings.

Dimon, unusually subdued, told shareholders at the JPMorgan annual meeting that the company's mistakes were "self-inflicted". Speaking with reporters later, he added: "The buck always stops with me."

Most of the shareholder ballots were cast in the weeks before Dimon revealed the trading loss.

His pay package passed with 91 per cent of the vote. The vote to strip him of the chairman's title won only 40 per cent support. The bank did not announce separate results from before and after the loss was revealed.

Dimon was confronted at the meeting by shareholders upset about the trading loss, which has rattled investor confidence in the bank and complicated JPMorgan's efforts to fight tougher regulation of Wall Street.

Rev Seamus Finn, representing shareholders from the Catholic organisation Missionary Oblates of Mary Immaculate, said that investors had heard Dimon apologise before for the foreclosure crisis and other problems.

"We heard the same refrain: We have learned from our mistakes. This will never be allowed to happen again," Finn said. "I can't help wondering if you are listening."

Lisa Lindsley, director of capital strategies for an influential union of public employees that is also a major JPMorgan shareholder, said independent board leadership was in shareholders' best interest.

"An all-powerful CEO is his own boss," she said. "Looking for an infallible CEO is a fool's errand."

Most large American companies combine the jobs of chairman and CEO, but shareholders have pushed in recent years to separate them. About one in five Standard & Poor's 500 companies separate the jobs.

Supporters argue that an independent chairman can provide a check on the CEO's power. Shareholders also frequently push for separation at turbulent times for a company.

In JPMorgan's case, the move to separate the jobs was put on the ballot before the US$2-billion loss was unearthed. It was also on the ballot last year, but it received far less support then - 12 per cent.

JPMorgan stock climbed throughout the morning and was up three per cent by midday, on a day when the broader stock market was up only slightly.

Investors pummelled JPMorgan stock in the first two trading days after the loss was revealed, driving it down 12 per cent and wiping out almost US$20 billion in market value.

Dimon said he did not expect the trading loss to jeopardise JPMorgan's quarterly stock dividend, which is 30 cents per share.

A law enforcement official said that the FBI's New York office is heading an inquiry by the Justice Department into the JPMorgan loss.

The official, who was not authorised to speak about the decision, spoke on condition of anonymity.

The official characterised the inquiry as preliminary.

Dimon got something of a vote of confidence from President Barack Obama, who appeared on ABC's 'The View' for an episode airing Tuesday. Obama used the appearance to press for tighter regulation of Wall Street.

"JPMorgan is one of the best-managed banks there is," the president said. "Jamie Dimon, the head of it, is one of the smartest bankers we got, and they still lost US$2 billion and counting."

A part of the 2010 financial overhaul legislation known as the Volcker rule is designed to prevent banks from placing bets for their own profit, a practice known as proprietary trading.

The idea is to protect depositors' money, which is insured by the government. If a bank's losses wiped out those deposits, the government would be on the hook.

Geithner said that the Federal Reserve, the Securities and Exchange Commission and the Obama administration are "going to take a very careful look" at the JPMorgan incident as they implement the rules.

"I'm very confident that we're going to be able to make sure those come out as tough and effective as they need to be," Geithner said. "And I think this episode helps make the case, frankly."