Plight of the middle class (and middle income) 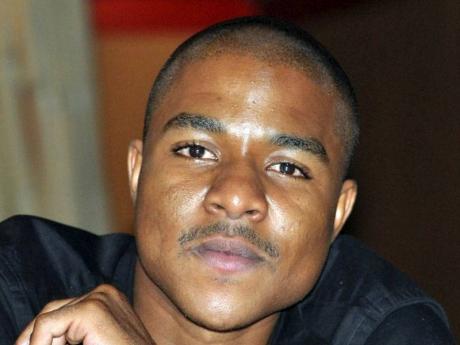 Ah, the joys of being middle-class. I get to eat at fancy restaurants every so often, sheepishly muttering names of foods and wines I can barely pronounce, fearful of alerting the waitress to my complete lack of culinary sophistication.

And then there's the privilege of residing in the Promised Land I was told would be so rewarding - my prize for years of hard work and overpriced education. But it feels more like financial purgatory than financial freedom - a state where one can mollify material desires with the occasional frivolous purchase, while suffering the persistent feeling of impending financial doom.

A bank failure in some distant country, a catastrophic, unexpected illness, or a single, loathsome column (this one, perhaps?) and the hearty banquet with the brimful glasses of liquor and jubilant company could be the last supper before taking up residence in the poorhouse and paying dues to its detestable landlady - that tattered temptress called poverty.

But the dream churns on. Work a little bit harder, they say. That pot of gold will soon be yours. It's only a matter of time before you'll be liberated from the tyranny of ordinariness. Things will look up. Maybe, one day, you'll even create a job or two.

Actually, I see the glimmers of hope. I've started to stimulate economic growth. My very own junior JEEP is under way. I've concluded my first hire - a domestic helper.

As a member of the middle class, I have earned the pleasure of delegating to someone else those tasks that I have grown too important and too busy to undertake on my own. So, for wages I'd be arrested for paying in a developed country (though securely above Jamaica's paltry minimum wage), Maureen gladly performs these wearisome chores - but only on Thursdays. Once per week is all I can afford.

By 4:57 p.m. on Monday, the fairy tale ends. The sweet scent of Fabuloso mixed with Clorox disappears. I revert to washing my own dirty dishes and cleaning my own filthy toilets.

Then there's the political neglect and the taxation with minimal representation. Unlike the poorest of society, the social norms to which I've been forced to adhere (not to mention the terms of my agreement with NCB) render me unable to overturn my car and burn its tyres in the middle of Old Hope Road while holding up a placard that screams: "Middle-class people want justice!" or "Free David Smith!"

Unlike the rich, I have no financial or political clout. I can't pick up the phone and invite the Minister of Something or Another to a dinner of smoked salmon and scotch while expressing my discontentment.

So I'm left to join the other frustrated inhabitants of this sullen land of 'middle-class-dom' in airing grievances via the few pitiful media we retain: an occasional letter to the editor, a call-in to some mind-numbing radio show, or, my personal favourite, a semi-inebriated rant with equally exasperated friends.

But when I stumble home and lay my head down on Scotiabank's bed, while in the midst of another prayer that will soon be assassinated by exhaustion, I remember the words of that wise man: "Give me neither poverty nor riches, but give me only my daily bread." And I drift off to sleep, comforted by the remembrance that I am sustained not by my possessions or by the benevolence of politicians, but by a more powerful and eternal force.

The newspaper lies strewn beside my heavily leveraged bed. Somewhere on its scattered pages Foreign Affairs Minister A.J. Nicholson bemoans Jamaica's recent classification as an upper middle-income country. We are now considered too wealthy to receive certain funding for much-needed social programmes, yet we are too indebted to grow out of the rut in which we are stuck. So we sit between that rock and that hard place, bargaining, begging, waiting in vain for the generosity of the very economic giants who partially brought us this mess.

And for a brief moment there's an ironic solidarity. A government feeling the powerlessness of piloting a relatively insignificant, highly indebted middle-income country in a globalised world, can now empathise with the plight of an endangered species - the Jamaican middle-class citizen. It becomes apparent, perhaps too late, that our destinies - middle-class Jamaican and middle-income Jamaica - are inextricably intertwined. Our journey is one and the same.

If Senator Nicholson is a prayerful man, he might want to send one up right about now.