Jamaican is chef to the stars - Recently catered for US president, Barack Obama 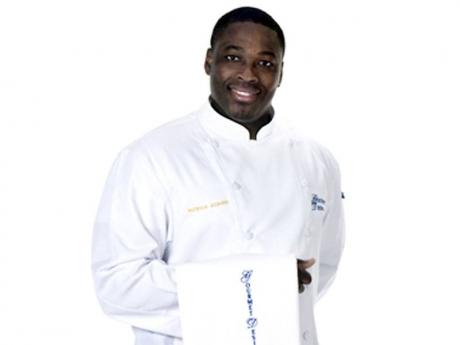 The 42-year-old has been a caterer for over 15 years and says he did not know that his passion for cooking would lead to a career.

Born and raised in St Elizabeth, Adams migrated to the United States 32 years ago. His creative unparalleled menus, coupled with his attention to detail, is just one of the reasons many of his clients are celebrities.

According to Adams, he was contacted by Obama's scouting team to cater for the event, which took place in April at a private mansion in Miami.

"They got in contact with us and they did extensive background checks on everyone," he said.

Obama and his friends were treated to vegetable risotto, a Moroccan-style curry broth, pan-seared fillet mignon, and other delectable delights.

According to Adams, when the event was over, President Obama shook the hands of all the catering staff.

"He is the best and most intelligent president. He thanked everyone and told us how much he appreciated everything," Adams told The Gleaner.

There are also plans for Adams to cater another event for President Obama in the summer.