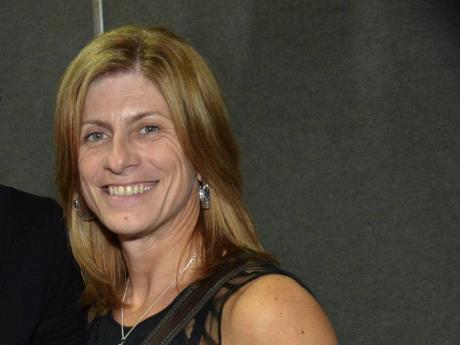 The war on guns is going high tech as Columbus Business Solutions (CBS), in collaboration with the Jamaica Constabulary Force and the Ministry of National Security, fights to find funding for a technology capable of preventing gun crimes.

Estimated to cost millions of United States dollars, CBS head and Flow president and CEO Michele English, although tightlipped, said the technology, now in use in the US, Latin America, and Brazil, has successfully reduced gun crime anywhere from 40 to 80 per cent in the communities where it is deployed.

"And when integrated with policing and best practices, there is an overall reduction of general crime by 40 per cent," she told The Gleaner while asking that details about the technology not be revealed.

English, who had an in camera meeting with stakeholders, including Police Commissioner Owen Ellington, president of the Private Sector Organisation (PSOJ), Joseph M. Matalon, president of the Montego Bay Chamber of Commerce and Industry, Davon Crump, as well as chairman of the St James Police Civic Committee, Dr Lee Bailey, said her team was working on finding grant funding so the Government could purchase and deploy the technology before the end of the year.

An initial trial is to be done in two communities - one in Montego Bay, the other in Kingston.

"Based upon the research that CBS has done, we are ready to partner with them. The crime situation is of great concern to us. It's not just the lottery scam that needs to be dented, but the gun activities also," stated Crump.

Lauding Flow, which is tied to CBS, for its lead in the project, Crump said CBS believed in community development and understood that all companies strive to do business in a country that offers a conducive environment.

"Crime will remain a deterrent to investment if we don't put a significant dent in it," he said.

The Flow boss revealed that a great deal of money was available from various agencies to fund such initiatives, however, Jamaica's challenge over the years was not being able to able to put together a case that is sustainable and measurable.

"(We are) engaging the private sector, particularly the Chamber of Commerce and the PSOJ, in working with us to make sure we can present a business case that quantifies, very specifically, what the cost of gun crime is to the State, to business, to economic growth, and then provide very clear measurements of success," said English.

English concluded that with the effect of crime on the country's GDP, if gun crime was reduced by 40 per cent and general crime by 50 per cent, a huge amount of money would go back to the State to benefit the economy.